How well do you know your digestive system? Your stomach is an important part of it. The stomach is a hollow organ made up mainly of muscle. It takes in food that is eaten, mixes it up and breaks it down into smaller pieces. What’s left is passed from the stomach to the small intestine, where digestion continues. 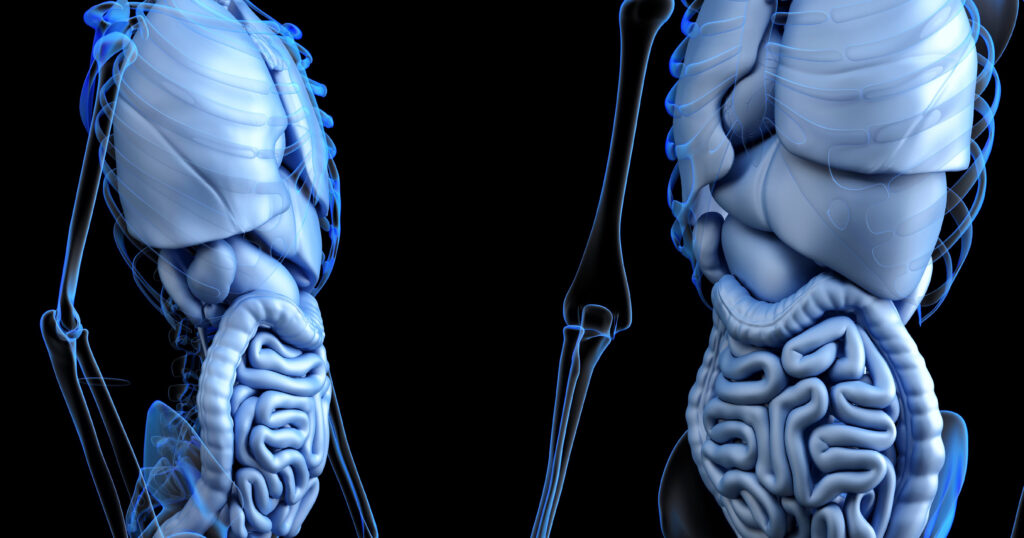 But sometimes, the muscles in the stomach or the nerves that control those muscles don’t work correctly. That slows the movement of the partially digested food into the small intestine. This condition is called gastroparesis, or delayed gastric emptying, and it can interfere with the entire digestive process, which can lead to symptoms.

It’s uncertain how many Americans actually suffer with gastroparesis. Its symptoms are similar to those of other gastrointestinal disorders such as functional dyspepsia (recurrent indigestion) and chronic nausea. Although it is estimated that up to five million people in the United States have gastroparesis, many remain undiagnosed.

Eating greasy, high-fat foods and large amounts of high-fiber foods, such as fruits and vegetables, can make gastroparesis symptoms worse.

The most common cause of gastroparesis is diabetes, which damages the nerves that control the stomach. Certain nervous system diseases, such as Parkinson’s disease and multiple sclerosis, can lead to gastroparesis as well, as can some rheumatologic diseases such as scleroderma. But in most cases, the cause is unknown. In those cases, it is called idiopathic gastroparesis.

Certain medicines, including narcotic pain medicines, some antidepressants and some medicines for treating overactive bladder, can lead to delayed gastric emptying but don’t cause gastroparesis.

If you experience symptoms of gastroparesis, your doctor will perform a thorough physical exam and review of your health history. The doctor may use certain tests to aid in the diagnosis of gastroparesis. These include blood and imaging tests and, most commonly, a gastric emptying study, which determines the time it takes for food to move through your stomach.

For most people, gastroparesis is a chronic health condition in which symptoms come and go over time, so treatment is aimed at easing symptoms and improving your overall quality of life. Treatment options for gastroparesis include diet modification, medication and, in severe cases, enteral nutrition.

Eating small, more frequent meals can improve the movement of food from your stomach into the small intestine because less food is easier to digest. Eating less high-fat and high-fiber food also helps, as does chewing your food thoroughly. It’s also recommended that people with gastroparesis eat their larger meals earlier in the day.

The use of medications that stimulate the stomach muscles to work is another treatment option. These medications include the oral drugs cisapride, domperidone, metoclopramide and erythromycin, which is a type of antibiotic that, in lower doses, also stimulates contraction of the muscles of the stomach and small intestine. In severe cases of gastroparesis, you may receive medications intravenously (IV).

If you have gastroparesis, diet modification and medication will likely be all you need to manage your symptoms and live a higher quality of life.