Summer is now in full swing and some of us are looking for creative ways to beat the heat. Here’s an opportunity to take a break and get a little education at the same time. 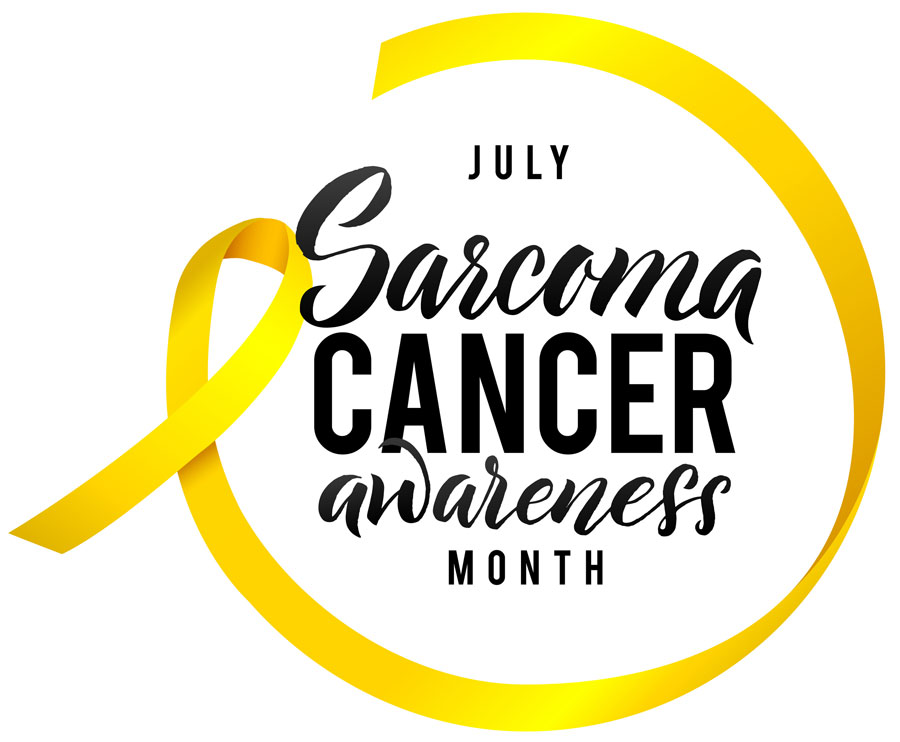 July is Sarcoma Awareness Month, so sit back and read about this form of cancer that accounts for only one percent of all adult cancers but is rather prevalent in children, accounting for about 20 percent of all pediatric cancers.

The Sarcoma Foundation of America states that sarcoma is cancer that arises from connective tissue, “or the cells that hold the body together.” These include cells of the muscles, nerves, blood vessels, bones, fat, tendons and cartilage. The Foundation reports that there are hundreds of different types of sarcomas that arise from different types of cells.

The most common types of sarcoma found in adults are undifferentiated pleomorphic sarcoma, which most often affects the arms and legs; liposarcoma, which involves malignant tumors of fat tissue, and leiomyosarcoma, which is cancer that starts in smooth muscle tissue. 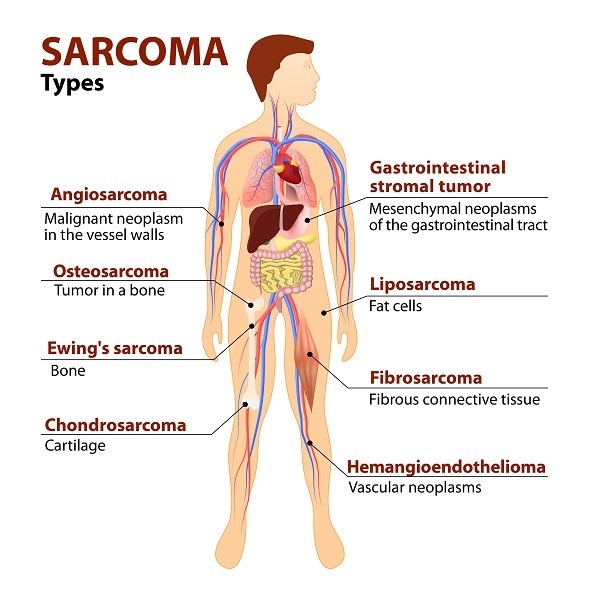 The most common type of sarcoma in children is osteosarcoma. Other common sarcomas in children include rhabdomyosarcoma, tumors of the skeletal muscles, and Ewing’s sarcoma, cancer that occurs principally in the long bones of the arms and legs, the pelvis and the ribs, but can also occur in soft tissues.

In general, sarcoma doesn’t cause any outward symptoms until a noticeable lump, or tumor, develops that causes pain. Sarcoma affecting the gastrointestinal tract can lead to blood in the stool or black, tarry stools. Osteosarcoma tumors can cause certain symptoms including localized pain in the affected bone, radiating pain in the area surrounding the affected bone, swelling, limping if the leg is affected and reduced mobility.

The cause of sarcoma is unclear, but there are certain factors that put a person at greater risk for developing sarcoma. Previous radiation therapy in high doses has been found to contribute to the development of sarcoma in some people.

Exposure to toxic chemicals used in herbicides, wood preservatives and plastic manufacturing is a risk factor as well. Certain inherited diseases are also associated with an increased risk. The human herpesvirus 8 is known to cause a type of sarcoma called Kaposi’s sarcoma, which mainly affects the skin but can occur in other tissues.

Diagnosing sarcoma begins with a complete personal and family medical history followed by a thorough physical examination. Your doctor may order imaging tests such as x-rays, CT, MRI or PET scans to get a better look inside your body. The doctor will likely take a biopsy of the tumor to confirm that it is cancerous and to establish the stage and grade of your cancer. This is done to help guide treatment decisions.

As with other types of cancer, the outlook for people with sarcoma is better when the cancer is found and treated early. There are no screening tests for sarcoma, so the best thing you can do is see your doctor immediately if you begin to experience any of the symptoms. This way, treatment can be started right away.

Always be mindful of changes in your body, and don’t be shy about bringing them to your doctor’s attention.