The US was on the upswing for a while. Between 1959 and 2014, life expectancy for Americans, which is the average length of time we are expected to live, increased by nearly ten years, from 69.9 years to 78.9 years. But something started happening in the 1980s, and the increase slowed considerably. By 2010, it plateaued. 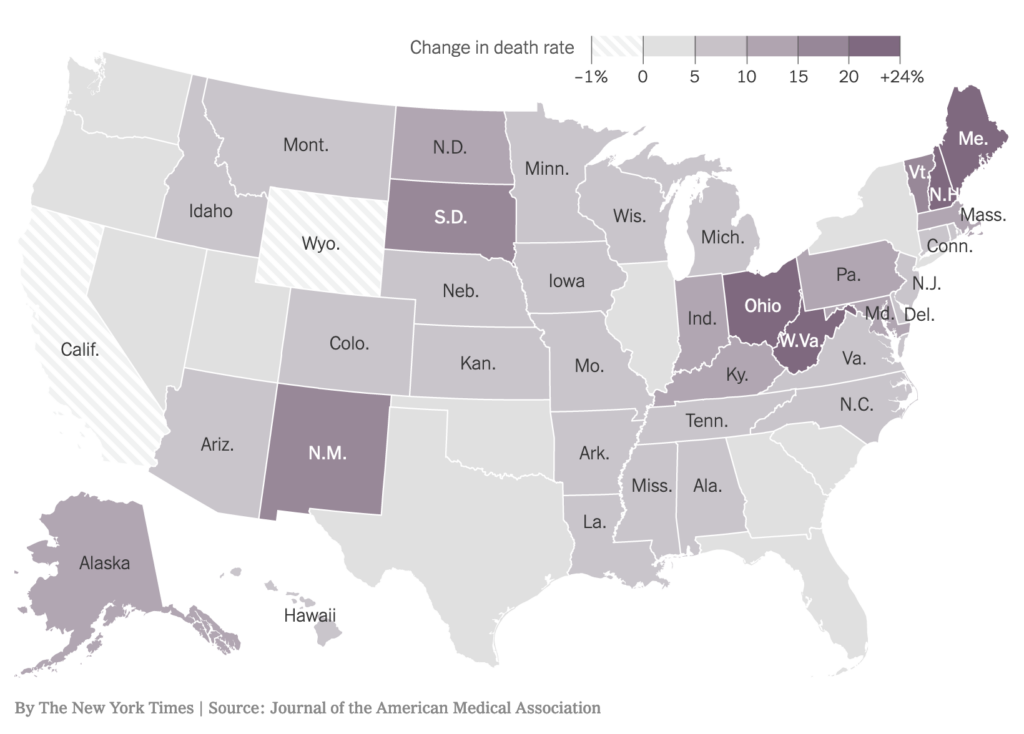 Then in 2014, life expectancy in America began reversing, and by 2017, the latest year for statistics, life expectancy in the US had decreased for three straight years to 78.6 years. Our decline persisted despite the fact that the US spends more dollars per capita on health care than any other industrialized nation.

The findings of a comprehensive study that explored the nature of life expectancy in America as well as possible causes for its decline were released at the end of November and published in the Journal of the American Medical Association (JAMA).

For the study, the researchers reviewed more than a half-century of data from the US Mortality Database and the US Centers for Disease Control and Prevention’s WONDER database. That’s an integrated information and communication system for public health practitioners and researchers.

Dr. Steven Woolf, one of the study’s authors, noted this increase in mortality was driven, in part, by “deaths of despair.” Those include deaths from drug overdoses, which reflect the opioid crisis in this country, as well as those from alcohol abuse and suicide. 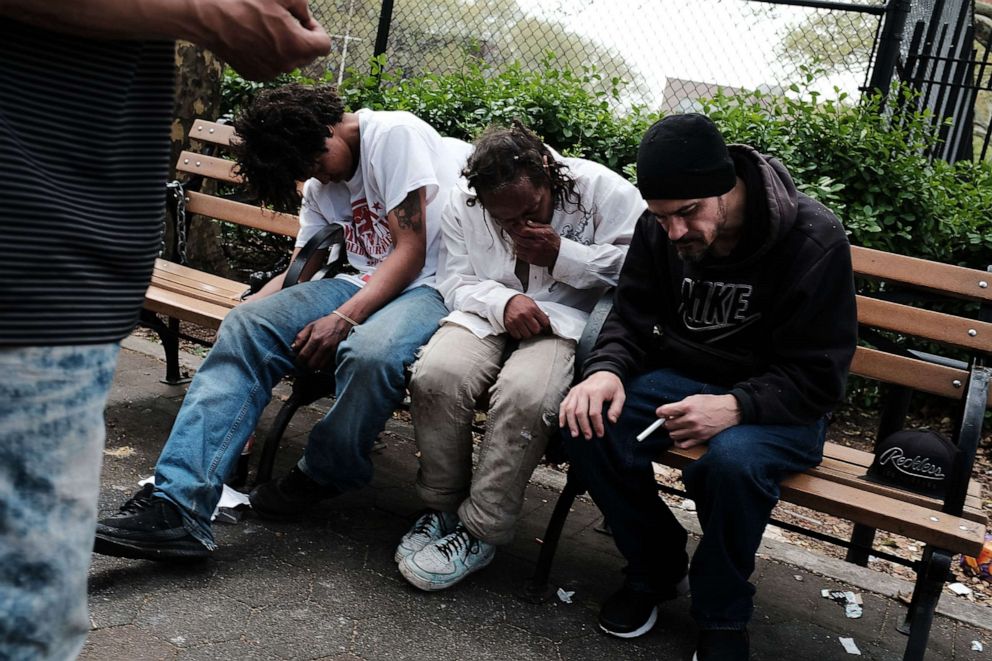 Men sit passed out in a park where heroin users gather to shoot up in the Bronx borough of New York, May 4, 2018.

The study found that between 1999 and 2017, fatal drug overdoses by working-age Americans increased by 386.5 percent. Deaths linked to alcohol use, including those from chronic liver disease and cirrhosis of the liver, rose 40.6 percent during those years. And suicide rates by that population rose 38.3 percent.

The study also pointed to health conditions such as diabetes, high blood pressure and heart disease as other causes for the death rate increase. It noted that these conditions are exacerbated by unhealthy behaviors such as smoking, being overweight or obese, eating a high-fat diet and living a sedentary lifestyle, problems that are rampant in our society.

And these problems impacted the death rates for working-age Americans. For example, deaths in this age group linked to obesity increased 114 percent between 1999 and 2017. The majority of American adults, about 71 percent, are overweight or obese. And obesity increases the risk for cancer, diabetes, heart disease and other chronic conditions.

Deaths related to high blood pressure increased by 78.9 percent in the 25 to 64 age group during the same time period. And about 80 percent of American adults don’t meet the physical activity guidelines. If we don’t manage chronic conditions better and change our unhealthy behaviors, our life expectancy will continue to decline.

And according to the new study’s findings, the increase in working-age death rates coincided with major shifts in the US economy dating back to the 1970s and 1980s. It was during those years that the US started to lose manufacturing jobs, and the middle class began to shrink, Dr. Woolf noted.

These loses hit certain areas of the country harder than others, and that is reflected in the statistics. The Ohio Valley, which includes Ohio, West Virginia, Indiana and Kentucky, is part of the  nation’s “Rust Belt.” This area was highly stressed economically with the closing of steel mills and auto plants.

The Ohio Valley, as well as northern New England, which includes New Hampshire, Maine and Vermont, experienced the largest relative increases in working-age mortality rates in the US. Both of these areas were hit hard by the opioid crisis and by declines in their economies

Dr. Woolf said it’s noteworthy that the largest increases were seen in these areas. The people living there have gone through long periods of economic stress, which can lead to a set of consequences that can affect health in many ways.

People struggling financially are more likely to turn to drugs, alcohol or suicide, he said. In addition, they may not be able to afford routine or emergency medical care, prescription medications or healthy food. And they are less likely to effectively manage chronic conditions such as diabetes and high blood pressure. These factors can lead to increases in mortality rates.

It’s pretty clear that reversing the downward trend in life expectancy will take a combined effort on the individual, community and national levels. As individuals, we must commit to changing unhealthy behaviors and eat healthier, exercise more and pay closer attention to our overall health. And we need to put our pride aside and seek help for substance abuse disorders.

Communities must work harder to increase local access to health education and services. And as a nation, we must continue to focus on battling the opioid crisis, tackling the obesity epidemic and increasing economic opportunities, especially in distressed areas. There’s a lot more to be done, but these steps are a good starting point. After all, our lives depend on our action.