When much of the area in and around Managua, Nicaragua was destroyed by an earthquake in December 1972, humanitarians from all over the world pitched in to help the Central American country recover. 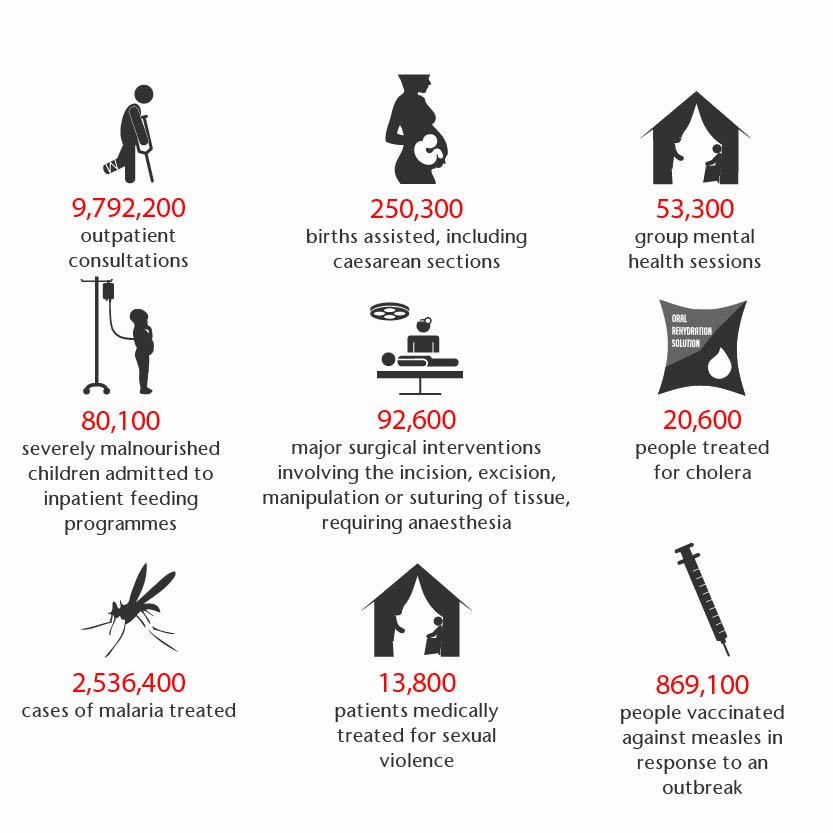 Among them were legendary baseball player Roberto Clemente and a team of volunteers, all of whom perished when the cargo airplane they were flying in crashed on New Year’s Eve 1972.

Also coming to the aid of Nicaraguans in the wake of that disaster was a fledgling organization known as Doctors Without Borders, which faced its first test as a relief agency during the Nicaraguan tragedy.

What, precisely, is Doctors Without Borders? It is an independent humanitarian non-government agency that provides various forms of medical assistance throughout the world.

Internationally, it is known as Medicines Sans Frontiers (MSF), for it was founded in Paris, France in December 1971 by a group of journalists and physicians who were of the belief that much international aid was obstructed by legal barriers and was also medically inadequate.

The simplest definition of the organization comes from a MSF promotional video: “Doctors Without Borders…provides aid to people whose survival is threatened by violence, neglect, or catastrophe, primarily due to armed conflict, epidemics, malnutrition, exclusion from health care, or natural disasters.” In 2009, MSF was awarded the Nobel Prize for Peace. Accepting the award was MSF’s then President of International Council, Dr. James Orbinski, a Canadian physician and one of the many doctors, surgeons, and nurses who mostly comprise the medical sector of MSF.

MSF receives approximately three million dollars in fiscal assistance each year. More than 80 percent of those funds are used to finance MSF programs. The remainder goes to administrative, management, and fundraising duties and responsibilities.

More than 23,000 people work in all sorts of vocations for MSF, which has approximately 3,000 paid employees and 20,000 volunteers working across the globe.

Five of the 24 MSF offices are referred to by MSF officials as Operational Centers, or OCs, and all five are located on the European continent in Amsterdam, Barcelona, Brussels, Geneva and Paris.

Other MSF bureaus can be found in Toronto, Canada; New Delhi, India;  Rio de Janiero, Brazil; Dubai, United Arab Emirates and Taipei, Taiwan, which is the site of the first office on the Asian continent.

Interestingly, although MSF exists does work in more than 70 countries, the United States is not one of them. The reason for this is, according to the Doctors Without Borders website, is that “there are other organizations with experience serving these populations that are better placed to address these challenges.”

MSF employees and volunteers are independent of any political ideology and only once in the organization’s history – during the 1994 genocide between the Hutus and Tutsis in Rwanda – have its workers asked for military intervention. 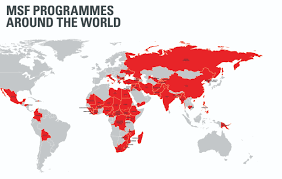 Some of the more recent examples of MSF’s work include providing medical care for those affected by the outbreak of Ebola in the Democratic Republic of Congo earlier this year; the admittance of more than 50 people to a hospital in Yemen after they were injured while publicly demonstrating against various governmental policies in that country, and the providing of various psychotherapy services to people living with extreme pressures north of the West Bank.
Much of the world’s populace continues to have problems but MSF’s work to help people cope with their problems continues as the organization seeks to provide independent, neutral and impartial medical aid where it’s needed.