The spread of the novel coronavirus, recently named COVID-19, which originated in the Chinese city of Wuhan, continues to dominate the news, and with good reason. As of Tuesday, February 11, the death toll from this virus topped 1,100. 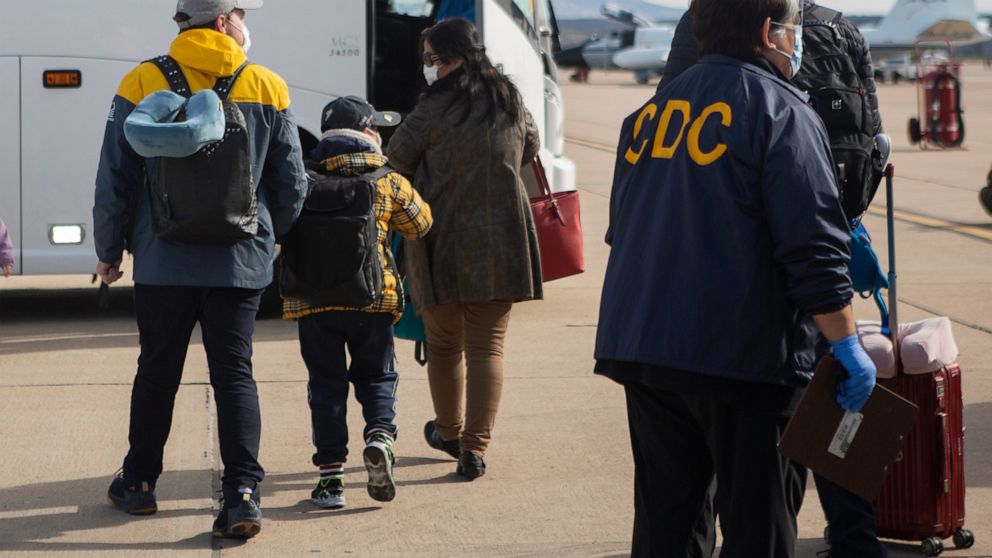 FILE – This Wednesday, Feb. 5, 2020, file photo provided by the U.S. Department of Health and Human Services shows evacuees from China arriving at Marine Corps Air Station in Miramar, Calif. An evacuee from China has tested positive for the coronavirus and has been isolated at a San Diego hospital, a person with direct knowledge of the matter tells The Associated Press, Monday, Feb. 10, 2020.

That exceeds the death toll from the Severe Acute Respiratory Syndrome, or SARS, epidemic of 2003. During that epidemic, 8,000 people in China were infected by the virus and nearly 800 people died.

In fact, the total number of cases in the US rose to 13 when an evacuee transported from China to California was diagnosed with COVID-19 on Monday, February 10. This person left Wuhan on a State Department-chartered flight that carried 167 people from China to Marine Corps Air Station Miramar in Sand Diego on Wednesday, February 3.

Initially, four of the Wuhan evacuees were hospitalized when they showed signs of the pneumonia-like illness caused by COVID-19. These signs include cough, fever and shortness of breath. The four individuals were isolated in “negative pressure” rooms that prevented the inside air from escaping and spreading the virus. Fortunately, only one of the four ended up positive for COVID-19. It was the seventh confirmed case of the virus in California

Hundreds of other people were evacuated from China to other military bases in California, Texas and Nebraska. Five people who went to Travis Air Force Base between San Francisco and Sacramento were taken to the hospital when they showed symptoms of illness, but none of them tested positive for the virus.

Elsewhere, about 200 people who were sent to March Reserve Air Base in Southern California were scheduled to be released from a two-week quarantine. And no symptoms were reported among evacuees taken to Lackland Air Force Base in San Antonio or Nebraska’s National Guard training base in Omaha.

In addition, at least 24 Americans are among the 135 people infected with COVID-19 aboard a cruise ship stranded in Japan.  More than 3,000 people are stuck on that ship, which became a floating quarantine zone after dozens of people tested positive for the virus. Currently, non-infected passengers are permitted to briefly leave their cabins to get fresh air, but they must wear masks and stay one meter away from each other.

Fortunately, there are some positive steps being taken to combat the COVID-19 outbreak. In China, Suzhou-based BrightGene Bio-Medical Technology announced that is has begun mass-producing an experimental drug from Gilead Sciences called remdesivir to battle the highly infectious COVID-19.

BrightGene said it must license the patent for remdesivir from Gilead Sciences, conduct clinical trials and get regulatory approval before it can put the drug on the market. Gilead Sciences invented the drug and patented it in China for use on coronaviruses. The company is working with Chinese, US and WHO officials to determine whether it can be used with COVID-19.

In addition, WHO officials announced that a vaccine against COVID-19 could be ready in 18 months. Dr. Anthony Fauci, director of the National Institute of Allergy and Infectious Diseases at the National Institutes of Health, reported that early testing of the vaccine will likely begin in April. In the meantime, countries will have to use what resources they have to fight the virus.

For us, the best way to battle COVID-19, or any virus, is to take pre-emptive steps to prevent contracting and spreading it. To stay healthy, try following these tips:

Fortunately, it’s unlikely you will become infected with COVID-19 unless you recently traveled to China, particularly Wuhan, or are in close contact with someone else who has. But if we all take steps to prevent and detect this virus, maybe we can keep the infection rate in the US from skyrocketing.