One of the biggest stories making headlines today concerns the recently identified coronavirus in China that’s spreading rapidly, even outside of China to the United States. Chinese health authorities report that as of midnight Tuesday, the number of confirmed cases of infection from this virus rose over 440. On Monday, the total number of cases in China was 219. 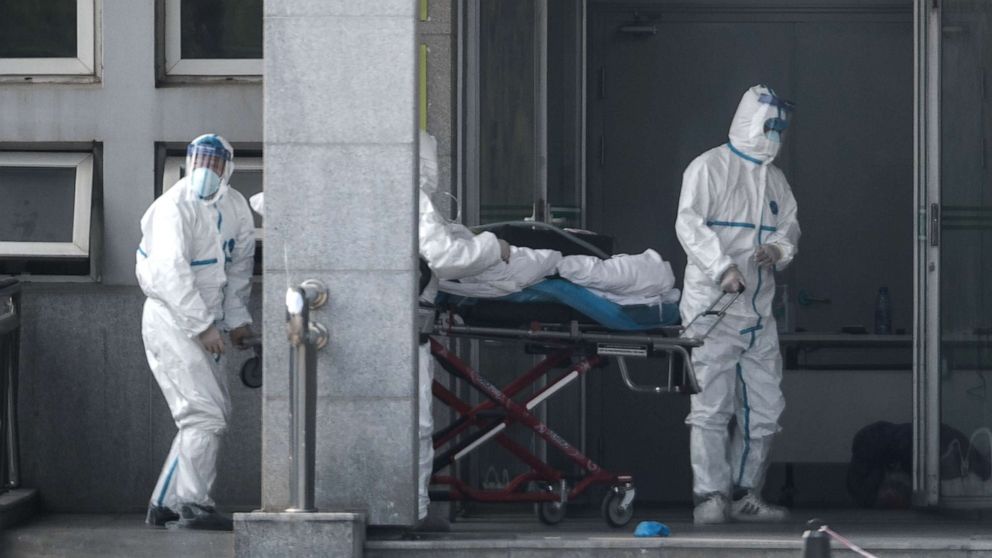 Medical staff carry a patient into the Jinyintan hospital, where patients infected with a new strain of Coronavirus identified as the cause of the Wuhan pneumonia outbreak are being treated, in Wuhan, China, Jan. 18, 2020.

According to Chinese health officials, at least nine people have died from the pneumonia-like illness caused by the virus that is being called 2019 -novel coronavirus, or 2019-nCoV. In addition, 169 people are being treated at the local hospital in Wuhan, the city of 11 million people at the center of the outbreak where a number are in critical condition.

There have been cases of 2019-nCoV infection identified in other Asian nations as well. Cases were found in Thailand, Japan and South Korea, and on Tuesday, the first case of infection from the virus was confirmed in the US in a Washington man who recently traveled to Wuhan.

The Washington man is doing well medically, according to reports but is being kept in isolation as a safety precaution. Like the man in Washington, the infected patients found in Thailand, Japan and Korea are all people who are from or had traveled to Wuhan before arriving in those nations.

Chinese health officials have determined that the point of origin for the new coronavirus is a popular seafood and animal market in Wuhan. The market has since been disinfected and closed. Initially, the mode of transmission for the virus was believed to be animal to human, but on Monday, China’s National Health Commission confirmed that there have been cases involving human-to-human transmission, including a hospital patient who infected 14 health care workers.

This revelation has health officials across the globe worried, especially as millions of Chinese are expected to travel to celebrate the Chinese New Year. The celebration begins January 25 and runs until February 8. Thus far, there have been no confirmed cases of 2019-nCoV infection outside of Asia.

In an effort to keep the virus from spreading in the US, officials from the Centers for Disease Control and Prevention (CDC) began screening airline passengers arriving in the US from Wuhan last weekend.

Starting this week, the screening process will be expanded to include Hartsfield-Atlanta International Airport and Chicago O’Hare International Airport. And as of Tuesday afternoon, the CDC raised its travel notice for Wuhan from level one to level two, “practice enhanced precautions.”

The CDC officials are screening passengers from Wuhan for symptoms of the 2019-nCoV virus, which include fever, cough and respiratory difficulties such as shortness of breath. 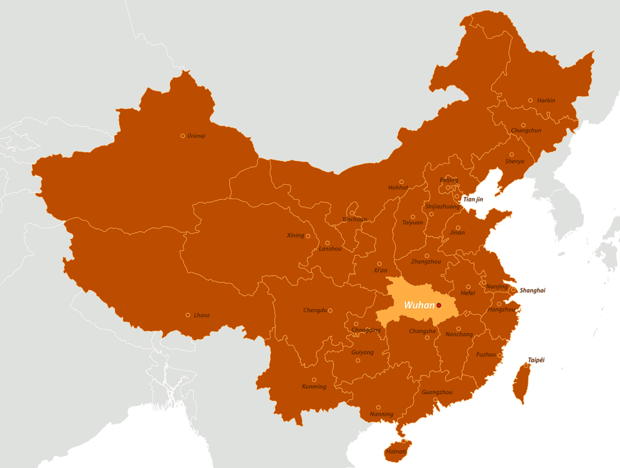 The Centers for Disease Control and Prevention is closely monitoring an outbreak caused by a novel (new) coronavirus first identified in Wuhan City, Hubei Province, China.

The new Chinese virus, which was identified earlier in January as a type of coronavirus similar to the virus that caused the SARS (Severe Acute Respiratory Syndrome) outbreak in the early 2000s. During that outbreak, the SARS virus sickened more than 8,000 people and left 774 dead in 29 countries.

Coronaviruses are types of viruses that typically affect the respiratory tract of mammals, including humans. They are associated with a wide variety of illnesses including mild illnesses such as the common cold and more serious, even deadly, illnesses such as SARS and MERS, or Middle East Respiratory Syndrome, which is fatal in 30 percent to 40 percent of people who contract it.

Coronaviruses got their name from the crown-like projection on their surfaces. Corona means “halo” or “crown” in Latin. In humans, coronavirus infection occurs most often during the winter months or in early spring. People can catch a second coronavirus a few months after recovering from one because their antibodies don’t last very long. Also, antibodies for one strain of coronavirus may be useless against other strains. 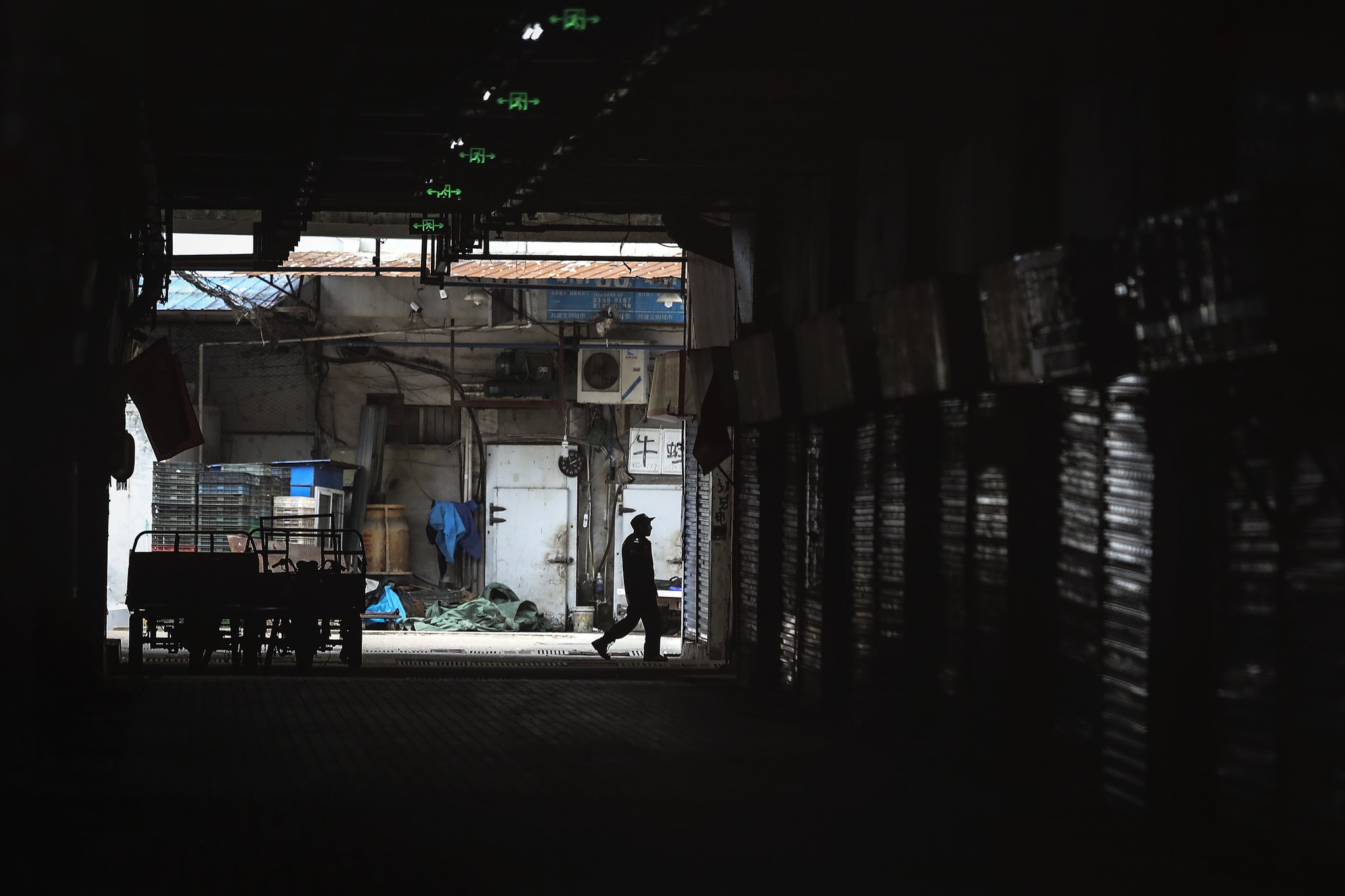 The Huanan Seafood Market in Wuhan, which has been linked to the new coronavirus, has been disinfected and closed.

There is no cure for coronavirus infection, so treatment involves taking good care of yourself. It’s important that you rest, drink plenty of water, avoid smoking and smoky areas, and use a humidifier or cool mist vaporizer in your bedroom. In addition, take over-the-counter medication to treat your fever, cough and other symptoms.

To prevent spreading coronaviruses, use your common sense and practice good hygiene. If you’re feeling sick, stay home and rest to avoid close contact with others, Cover your mouth and nose when coughing or sneezing, Wash your hands frequently, especially before and after touching objects that others also handle.

With everyone’s diligent attention, we can keep China’s 2019-nCoV virus from spreading through the US. Will you do your part in this prevention effort?