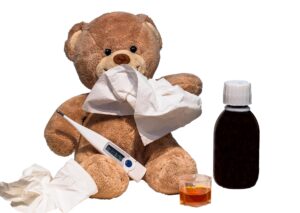 With the peak of flu season upcoming, it’s important to look back at beginning of the 2019-2020 flu season, as the number of people catching influenza is already outpacing what physicians have seen in the past.

According to the Florida Department of Health, 16 outbreaks were reported during the week of Nov. 23, up from nine the week before. Of those, nine were confirmed influenza, while seven were illness with flu-like symptoms. Six counties – Hillsborough, Pinellas, Miami-Dade, Collier, Lake and Escambia – reported five or more new cases that week.

Schools across the Sunshine State have been the hardest hit this year, unlike previous seasons where facilities serving older adults reported more cases.

Overall infection rates remain mild in most Florida counties, however. The predominant strain so far has been B Victoria, which has symptoms that mimic Strain A. However, unlike strain A, influenza B is contracted only by humans. This allows strain A to spread faster than B, which makes a pandemic less likely.

A prevalence of strain B early in the season is rare, and it could mean that folks are in for a second wave caused by stain A. Last year, a second wave hit and extended the flu season through spring. The last time that strain B dominated nationally was during the 1992-93 season. However, experts say the 2019-20 season appears to pose less of a threat.

“Overall, this season has not been as scary. Of course, it’s still early,’’ Ogbonnaya Omenka, assistant professor and public health specialist at Butler University told USA Today. “So far, different health departments have been able to contain it in ways that have allowed us not to have some type of significant outbreak or problem.’’

Nationally, activity continues to increase but the amount of activity and flu strains vary by region. Also, four of 10 regions in the United States were at or above their baselines in the number of visits to outpatient providers, with 2.9 percent of all visits reported as flu-like illnesses. That’s up from 2.4 percent reported during each of the past three weeks, according to the U.S. Centers for Disease Control and Prevention. The flu has already killed five pediatric patients this season.

As for this year’s vaccine, it’s still too soon to determine its effectiveness. However, the fact that World Health Organization changed the strains for the upcoming season in the Southern Hemisphere may indicate what one epidemiologist described as “a mismatch.”

That said, a vaccine still gives you better odds that you would get in Vegas and are still available in most areas. Health care providers say it’s never too late to get one. In addition to a vaccine, other ways of preventing the spread of flu are to avoid being around people who are sick, stay home when you are sick, cover coughs and sneezes with your elbow, and of course, regular handwashing. Here are tips on proper handwashing techniques.