In its weekly report released October 11, the US Centers for Disease Control and Prevention (CDC) announced that as of October 15, 2019, 1,479 cases of lung injury associated with the use of e-cigarettes, or vaping, were reported in 49 states, the District of Columbia and the US Virgin Islands. In addition, Thirty-three deaths have been confirmed in 24 states, with more deaths under investigation. 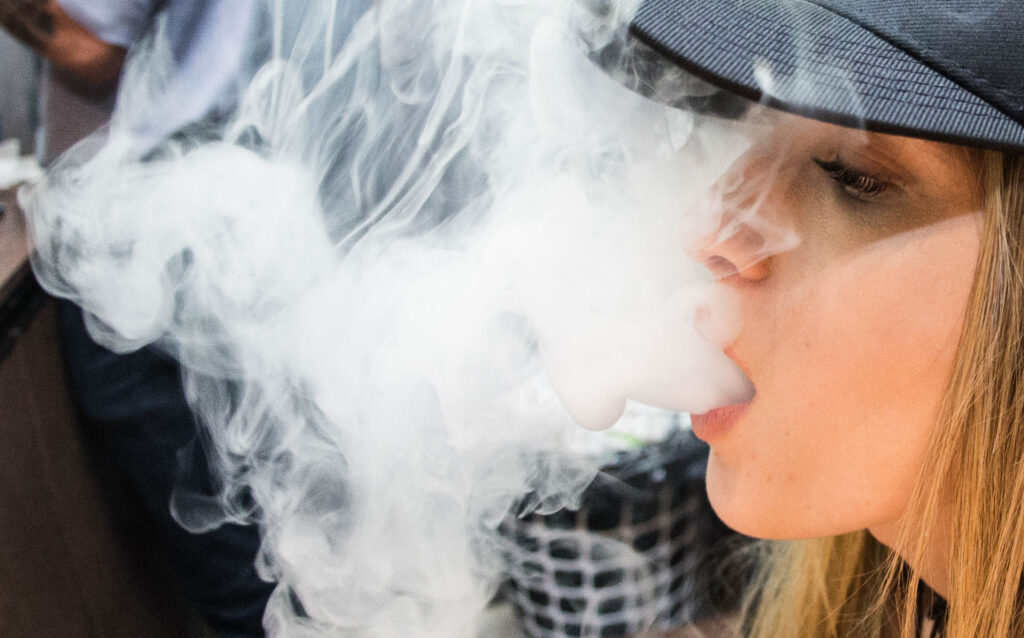 The CDC also announced it gave the mysterious illness a name: EVALI, which stands for “e-cigarette or vaping product use associated lung injury.” The CDC is working closely with the Food and Drug Administration (FDA) as well as state and local health departments to identify patients with EVALI and determine the specific chemical exposure or exposures that led to it.

If you’re not familiar with vaping, it’s the term for using electronic, or e-cigarettes. E-cigarettes work by heating a liquid to produce an aerosol users inhale into their lungs. The liquid can contain nicotine, tetrahydrocannabinol (THC) or cannabinoid (CBD) oils, as well as cutting agents, diluents and other additives. THC is the psychoactive component of marijuana that produces the “high.”

There is a common misperception in this country that vaping is less harmful than smoking. But this recent outbreak of EVALI and the deaths associated with it have triggered an intense debate. So just how popular is vaping? Here are a few facts about the practice in America, according to a July 2019 Gallup poll:

• Nearly one in five 18- to 29-year-olds reports vaping regularly, more than twice the national average.
• Americans with a household income of more than $100,000 per year (5%) are about half as likely to use e-cigarettes as those earning less than $40,000 per year (9%).
• E-cigarette use is lower among those with higher levels of education: College graduates (3%) are three times less likely to vape than those without a college degree (10%).

Most of the patients who suffer with EVALI report a history of using THC-containing products, suggesting THC may be connected to the illness, but research has yet to confirm a clear link. Still, the CDC and FDA recommend people not use e-cigarettes or vaping products that contain THC, especially those obtained off the street or through other illicit sources.

A study reported in the New England Journal of Medicine earlier in October shed some light on the damage EVALI does to the lungs. Researchers looked at biopsies of 17 patients with the vaping-related lung injury and discovered inflammation suggestive of an inhaled toxic substance. They found the lungs and airways of those patients were damaged in ways similar to those exposed to chemical spills or harmful gasses. The study didn’t suggest what type of chemicals may have caused the damage, however. 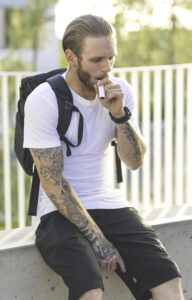 As it stands, the CDC and FDA don’t know for certain what causes EVALI. The only commonality among the EVALI cases in the most recent outbreak is that patients report using e-cigarettes or vaping products. This outbreak may have more than one cause, and the specific chemical or chemicals associated with it are still unknown.

But the CDC has some recommendations for the public to protect itself from EVALI. For one, they suggest people stop using e-cigarettes and vaping, products that contain THC, and they should not use any of these products bought off the street.

If you have a problem and can’t stop vaping, there are resources on the national, state and local level to help you quit. Be sure to choose evidence-based treatment options, such as health care provider counseling and FDA-approved medications to help you quit.

If you’ve used e-cigarettes and have symptoms of EVALI, it’s best to visit your health care provider right away. You can also call your local poison control center at 1-800-222-1222.