There’s no debate about it. Internet and video games are popular in this country. A Pew survey found that 97 percent of teen boys and 83 percent of teen girls play games on some type of device. And it’s not just kids. A research study estimates that about 160 million American adults play internet-based games. 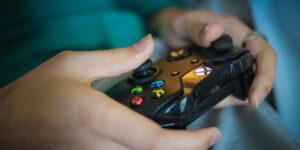 It’s definitely easy to get caught up in the games, but is playing too much a disease or addiction? That question is up for debate.

In May  2019, the World Health Organization (WHO) officially recognized gaming addiction as a disease. Last year, the organization agreed to include gaming disorder, which includes internet and video gaming, as a condition in its International Classification of Diseases (ICD) 11th Edition.

The ICD serves as the international standard for diagnosing and treating health conditions. It’s used by health care professionals across the globe. The WHO based its decision to include gaming disorder in the ICD on available research and a consensus among a group of international experts in the field.

The ICD describes people with gaming disorder as having a “pattern of gaming behavior characterized by impaired control,” that also involves prioritizing gaming over other daily responsibilities, including school, work and social appointments. If you ignore activities necessary to maintaining good physical and emotional health, you’ve got a problem.

The DSM-5, published in 2013, doesn’t recognize gaming disorder as a condition, but it did list internet gaming disorder in a section recommending conditions for further research. The DSM-5  notes that internet gaming must cause “significant impairment or distress” in several aspects of a person’s life. It proposes a set of symptoms that includes: 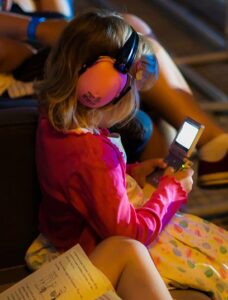 According to the DSM-5, a person must have five or more of these symptoms within a year to be diagnosed with internet gaming disorder.

But not all experts agree that gaming, internet or otherwise, should be considered a disorder. Some argue that gaming can’t be separated out from general screen overuse, which includes social media use as well. Others suggest that intense gaming is a symptom of another disorder such as anxiety, depression or ADHD.

There’s research to back that up. One study found that children who had problems with video games were more likely to also have a diagnosis of ADHD or autism spectrum. Those who struggled with social media use often also struggled with depression or anxiety. 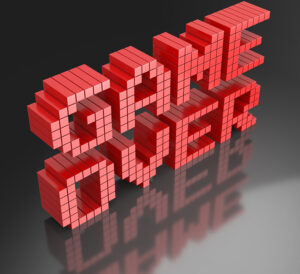 One group of specialists recommends referring to problems with gaming as a habit rather than a disorder or addiction. They explain that people feel more empowered to change the behavior of a habit.

These specialists also argue that labeling someone an “addict” and saying they have a chronic disease can have lasting consequences on that person’s life and self-esteem. This is especially true for teens who are in the process of forming their identities.

Whatever you call it, overdoing it on the games to the point of ignoring everything else is not okay. If that’s you and you can’t stop, seek a qualified professional’s help to reduce your urge to play and modify your behavior. Don’t be afraid and don’t wait. Get your life back now!