Normally, if you cut yourself, your body rushes to form a blood clot at the site of the injury to staunch the bleeding. Clots are mostly made of platelets, a type of blood cell, and protein clotting factors that work together to form a fibrin “plug” around the injured area. But if you have a bleeding disorder, this clotting process doesn’t work like it’s supposed to. 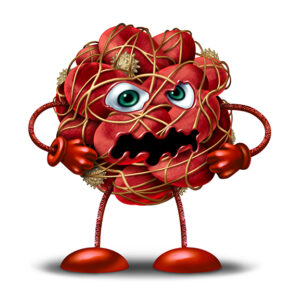 Without proper clotting, people with bleeding disorders can bleed excessively. The problem might be too few or abnormal platelets, or low quantities of clotting proteins in the blood. There are different types of bleeding disorders. The most recognized is hemophilia, but the most common is a condition called von Willebrand disease. Both of these disorders occur when the blood lacks certain clotting factors.

Some bleeding disorders occur as the result of a medical condition. These include liver disease, a low red blood cell count, a Vitamin K deficiency and as a side effect of certain medications. Medications that interfere with blood clotting are called anticoagulants or blood thinners. Anticoagulants are often used to thin blood to reduce the risk of heart attack and stroke.

While there are different bleeding disorders, they have many symptoms in common. Here are some of the things to look out for. If you notice any of these symptoms, see your doctor for a thorough evaluation. Common symptoms of bleeding disorders include:

While hemophilia is a well-known bleeding disorder, it’s actually rare. It affects approximately one in 10,000 people. The US Centers for Disease Control and Prevention estimate there are 20,000 people with hemophilia in the US. All races and ethnic groups are affected by it. There is currently no cure for hemophilia, but there are effective treatments. 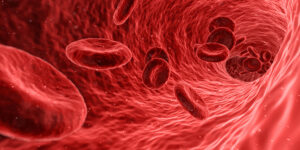 Von Willebrand disease (VWD) is caused by a deficient or defective blood clotting protein called von Willebrand factor. VWD is quite common. It affects up to one percent of the US population, which means about 3.2 million people, or one in every 100 Americans, have the disease.

There are several types of VWD. It’s most commonly divided into type 1, type 2 and type 3. Type 1, which is the mildest form, accounts for 70 percent of all cases of the disorder. VWD occurs equally in men and women, although women are more likely to notice symptoms because they may bleed more heavily during their menstrual periods or after childbirth.

People who have type 3 VWD, the most severe form, have extremely low levels or no von Willebrand factor in their blood. They also have low levels of clotting factor VIII. Type 3 VWD is very rare. Only three percent of people with VWD have this type.

VWD is almost always inherited through a mutation to the gene responsible for its development. However, it’s also possible for the gene to spontaneously mutate, so you can get the disease without having a family history of it. You can also get VWD if your immune system overreacts and destroys the von Willebrand factor in your blood.

Treatment for VWD depends on the type and severity. For some mild cases, no treatment may be needed. For other cases, common treatments include desmopressin acetate injections. Desmopressin acetate is a medicine that makes the body release more von Willebrand factor into the blood. It also helps increase the level of factor VIII in the blood.

Another treatment for VWD is factor replacement therapy. During this therapy, medicines rich in von Willebrand factor and factor VIII are injected to replace the missing clotting factors in your blood. This treatment is typically reserved for people with more severe cases of the disease.

Antifibrinolytic drugs, which slow the breakdown of blood clots, and birth control pills, which increase levels of von Willebrand factor and factor VIII, and reduce menstrual blood loss, are other options for treating VWD.

In addition to von Willebrand factor, factor VIII and factor IX, there are many other clotting factors in the blood. Deficiencies in those clotting factors can lead to other, more rare bleeding disorders. Some of these rare disorders have only been discovered during the past 40 years, as more is learned about clotting factors and the blood clotting process.