Why a vaccine this year may be more important than ever

The hottest days of the summer traditionally occur during a span of days that begins in early July and ends in the middle of August. Better known as the “Dog Days of Summer,’’ this period ends this year on the day just before school begins across the state of Florida. 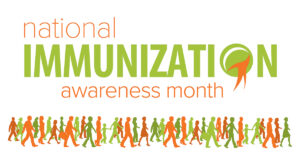 The beginning of the school year also falls in the middle of National Immunization Awareness Month, an annual observance held every year in the middle of August to highlight the importance of vaccinations for all people, no matter their age.

The goal of National Immunization Awareness Month is to raise awareness and educate people on the role vaccines play in preventing a variety of serious and sometimes deadly diseases, and it is taking on added importance this year.

With nearly a thousand cases already reported, the measles outbreak of 2019 already stands as the largest outbreak since 1994 and the largest since measles was declared eliminated by the US Centers for Disease Control and Prevention in 2000.

That outbreak has affected people in 26 states, including Florida, and public health officials say the spread is due in no small part to a lack of information regarding vaccines, which some believe to be a cause of autism.

Scientific studies have proved there is no link between vaccines and their ingredients autism and that with very few exceptions, vaccines are safe.

The rise in measles cases this year is not due solely to a lack of vaccines, of course. The virus has also been picked up and spread from people traveling from countries where measles remains a common malady.

That, though, is one reason getting a vaccine this year may be more important than ever. With measles cases already on the rise, the chances of someone unknowingly getting the measles virus while on summer vacation has increased. 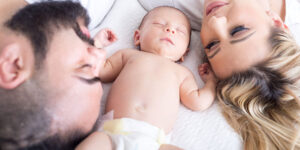 Consequently, the days and weeks leading up to the start of the school year are the best time to get vaccinated, and it’s not just small children attending school for the first time who may need to be vaccinated.

The Human Papillomavirus, or HPV virus, is one of the most common, affecting nearly all men and women at some point in their lifetime. Nearly 80 million people in the United States alone are currently infected with HPV, which attacks about 14 million Americans annually.

Teenagers and pre-teens are among those often infected by the disease, which can be spread through intimate skin-to-skin contact. The issues associated with HPV often go away on their own after a year or two, but the HPV virus can linger and lead to certain cancers.

HPV is annually the cause of about 30,000 cancer cases, including cancer of the vagina, cervix and vulva in women and cancer of the penis in men. Thankfully, a simple vaccine can prevent those and other cancers from developing.

The CDC recommends that before their 12th or 13th birthday, all boys and girls get two doses of the HPV vaccine. Because the HPV vaccine works best when administered prior to someone getting HPV, doctors says the HPV vaccine can be given as early as age 9.

Because of the measles outbreak, some older adults are even being encouraged to receive a vaccine booster shot this year. People born between 1963 and 1967, for example, may have received an ineffective vaccine, health officials have said.

As with any medicine, people should always consult with a doctor before receiving any vaccinations. But given the measles outbreak and growing cases of HPV, this year, more than most, is a year in which that consultation could prove critical to good health.