Florida’s has long been referred to as “The Sunshine State,” but anyone who sees the proverbial glass as being half-empty instead of half-full would be justified in calling it “The Lightning State.” 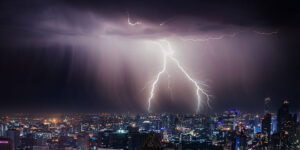 With an average of more than 3,000 lighting strikes per day and more than a million lightning strikes per year, Florida ranks fourth in the nation behind Texas, Oklahoma and Kansas in the number of recorded lightning flashes each year.

However, because of its vast population and the fact many of its residents and visitors spend a good deal of their time outdoors, Florida traditionally ranks first in the nation each year in the number of lightning-related deaths and injuries.

That’s the bad news. The good news is that due to an increase in awareness regarding this potentially instant killer, the number of deaths attributed to lighting strikes in the state of Florida has been on the decline in recent years. 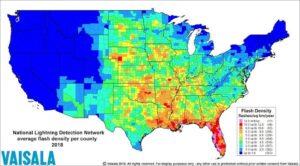 That’s still too many, of course, which is why the National Lightning Safety Council continues its effort to educate people regarding lighting and its dangers, particularly here in the state of Florida.

Simply put, there is no safe place outside when thunderstorms are in the area. That’s why the National Weather Service has come up with the motto, “When Thunder Roars, Go Indoors!”

Of course, heading indoors when thunder roars is sometimes easier said than done. For those situations when immediately heading indoors is not possible, it’s good to keep a few simple safety rules regarding thunder and lightning in mind.

To minimize the potential of injury when lightning is in the area, it’s best to stay away from wide open areas such as fields, hilltops and parking lots. It’s also best to stay as far away as possible from tall trees, even when in the woods. 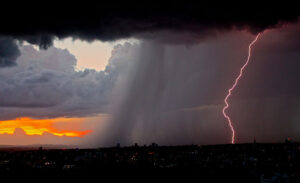 You also want to stay away from standing water and avoid handling or touching anything that may be wet such, especially golf clubs, tools and metal fences or poles because water and metal are conductors of electricity.

These simple steps can greatly decrease a person’s chances of being struck by lightning, but if someone is struck, there is no need to fear touching the victim because lightning victims do not carry an electrical charge.

Should someone around you be struck by lightning, call 911, monitor the victim as best as possible and perform CPR if necessary until professional help can arrives to attend to the victim.