The precursor to osteoporosis, a silent yet potentially disabling disease that can cause bones to weaken and break unexpectedly, is osteopenia. 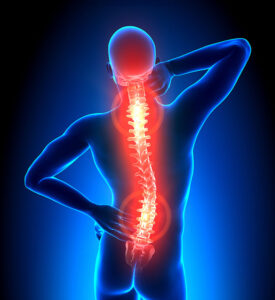 Like osteoporosis, osteopenia is a disease most often found in women, but new research suggests middle-aged men may be more likely to develop the disease.

That is the conclusion drawn from a recent study of the bone mineral density in the necks and hips of 173 men and women between the ages of 35 and 50.

Osteoporosis is defined clinically as a potentially severe condition in which new bone growth fails to keep pace with bone degeneration.

About 54 million Americans have osteoporosis, and according to the study, a fracture caused by osteoporosis occurs every three seconds.

Osteopathic fractures are also on the rise, per the study, with the worldwide incidence of such fractures expected to increase by 310% in men and 240% in women by the year 2050.

Osteopathic fractures occur most often in the spinal vertebrae and femoral head or hip, but other bones, such as the wrist bone, can break as well. But fractures are not the only damaging result of osteoporosis.

Osteoporosis can also result in a loss of height as the effects on the vertebrae, or the bones of the spine, often lead to a stooped or hunched posture.

According to the study, published in The Journal of the American Osteopathic Association, osteoporosis can drastically decrease mobility, lessen the quality of one’s life and even lead to death. 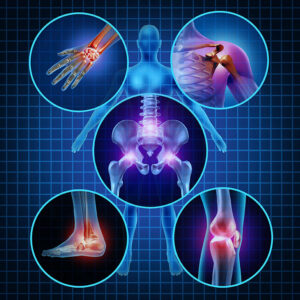 Given the dangers associated with this growing health concern, it’s no wonder doctors have sought to find ways to halt or reverse the effects of osteoporosis.

These machines allow the user to perform resistance-based pushing and pulling exercises with their arms and/or legs. During these sessions, the user can safely exert pressure four to 12 times their body weight.

The concept is the culmination of twelve years of research that looked into the body’s response to growing new bone and muscle structure and improving the density of the bones,” says Mark Brady, president of OsteoStrong in South Pasadena.

“As a result of that research, it is a known medical fact that when you put certain forces on the bones, the body responds by growing new bone tissue. We do this through our short sessions on bio-mechanical equipment, and the results are absolutely amazing.

“Our studies show that on average, OsteoStrong workouts improve people’s bone density levels from three to seven percent a year. In addition, people typically increase their strength by an average of seventy-three percent during their first year at OsteoStrong.”

OsteoStrong has already helped more than 25,000 people reverse the negative effects of both osteopenia and osteoporosis and should remain a critical tool in the fight against this silent disease for years to come.