Medical theories abound over what caused the great master to leave so many works, including his most famous, undone?

For all of its beauty, mystery and technical expertise, the Mona Lisa has long been considered an unfinished masterpiece. It remains a subject of debate even today, and not just among artists and art historians, but among medical professionals as well. 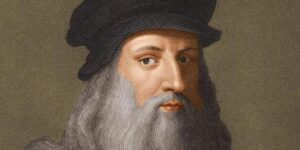 In early May, as the art world began to recognize the 500th anniversary of the death of the Mona Lisa’s creator, Leonardo da Vinci, several doctors began questioning the long-standing beliefs regarding da Vinci’s failure to complete the work, which was first discovered in his studio immediately after his death.

One of those beliefs is that da Vinci suffered a stroke that robbed him of the use of his right hand, which is the hand the ambidextrous artist painted with. Another suggests da Vinci’s right hand became deformed as a result of a condition known as Dupuytren’s contracture.

Two Italian physicians – one a plastic surgeon, the other a neurologist – were the first to question those theories, arguing in The Journal of the Royal Society of Medicine that da Vinci may have simply suffered a fall that resulted in nerve damage to his right hand. 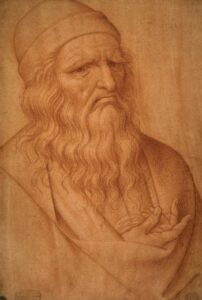 They based their theory on a drawing created by a contemporary of an elderly da Vinci in which da Vinci’s right arm is wrapped in “folds of clothing, as if it was a bandage, with his right-hand suspended in a stiff, contracted position.”

The doctors go on to say that, in the drawing, da Vinci’s right hand does not appear to be gnarled or clenched in the way that it would have been had it been disabled by a stroke and otherwise suggest the disabling cause may have been a palsy known as claw hand.

The authors used another drawing, this one a 1505 depiction of a man identified as an older da Vinci playing a lyre, to rule out Dupuytren’s contracture as the cause of the late-life disability in da Vinci’s right hand.

Dupuytren’s contracture is a progressive disease that gnarls the hand slowly over time. The authors argue that if da Vinci suffered from the disease, its symptoms would have been present in the 1505 drawing, which they are not.

The art world was still digesting the two Italian author’s findings when, in late May, a paper published in the journal Brain suggested yet another reason why da Vinci continued to teach and draw until his death but left many paintings unfinished.

According to Marco Catani, a King’s College of London psychiatrist, and Paolo Mazzarello, a medical historian at the University of Pavia, da Vinci suffered from attention deficit and hyperactivity disorder, or ADHD, and was a chronic procrastinator who struggled to finish projects.

“Even when Leonardo was finally commissioned with the important project of building a bronze statue of Ludovico’s father, the future Duke asked his allied Lorenzo il Magnifico if he could indicate a more apt Florentine artist for the project because he ‘doubted Leonardo’s capabilities to bring it to completion.’”

Catani and Mazzarello used accounts of da Vinci’s behavior and work habits culled from writings about da Vinci in reaching their conclusion, noting that da Vinci struggled to remain focused on tasks from early childhood on.

They refer to stories of how da Vinci regularly wowed people with his ambitious ideas and projects but often disappointed them because he failed to complete the project he was hired to do. A statue of the father of Ludovico il Moro, the future Duke of Milan, was one such project.

“Even when Leonardo was finally commissioned with the … project … the future Duke asked … if …  a more apt Florentine artist (could be found) because he doubted Leonardo’s capabilities to bring it to completion,” Catani and Mazzarello wrote. 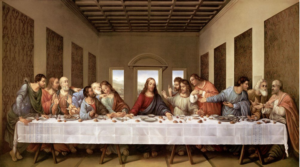 her great works by da Vinci, including The Last Supper, which is painted on a wall in the dining hall of the Santa Maria delle Grazie in Milan, Italy.

They also suggest that ADHD negatively affected da Vinci’s relationships, career and income, but they note that it may have been at the root of his virtually unsurpassed creativity and imagination.

“The difficulties linked to his extraordinary wandering mind caused him deep regrets but did not prevent him from learning and exploring the wonders of human life and nature,” the authors wrote.