The US Centers for Disease Control and Prevention reported some disconcerting news last month when it released the results of a study on drug overdose deaths among American women ages 30 to 64. 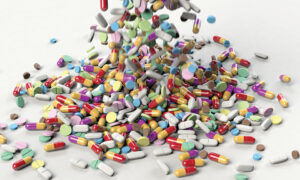 The study, published in the CDC’s Morbidity and Mortality Weekly Report on January 10, found that death rates in this group skyrocketed 260 percent from 1999 to 2017.

(Although not investigated by the study, some researchers suggest similar increases in overdose deaths are being seen in American men.)

The study also looked at the types of drugs responsible for the overdose deaths. Investigators found huge increases in deaths involving heroin, as well as those caused by synthetic opioids and by benzodiazepines such as Xanax and Valium, drugs primarily used to treat anxiety.

These statistics highlight the horrendous problem with addition to prescription medications, particularly opioid painkillers, this country now faces. Our first reaction might be to try to find someone – doctors, insurance companies or the pharmaceutical industry – to blame for the problem. However, your brain might be the most culpable.

When it comes to opioids in particular, anyone can become addicted. When you take these drugs, they activate powerful reward centers in your brain. They release those feel-good endorphins, which dull your perception of pain and enhance feelings of pleasure. They also create a sense of wellbeing.

When these drugs wear off, however, so do those good feelings. But you want those feelings to continue, so you keep taking the drugs as prescribed until you develop a tolerance to them. That’s when the dose you’re taking no longer provides the same good feelings they used to and that you desire.

At that point, you might start taking more medication than prescribed or taking it more often. Eventually, you find it impossible to make it through the day without the drug. You feel you simply can’t live without it. That’s addiction.

If your doctor prescribes an opioid pain medication, and you take it as directed, you decrease your risk for becoming addicted. But some of the more than one-third of all Americans in chronic pain do get addicted, and there are often warning signs that they’re in trouble. Here are seven warning signs of painkiller addiction courtesy of WebMD.

If you suspect you have an addiction problem, seek help. Talk to your doctor. He or she can recommend an addiction recovery center, or you can call a center directly.

The most important thing is that you be honest with yourself and your doctor about your drug use. And if you think you have a problem, open up and seek help. Don’t become another number in next year’s overdose death statistics.