When most people get a cut or other trauma to their bodies, specialized cells are immediately transported to the site of the injury to form a blood clot and stem the bleeding. To form a blood clot, you need a type of blood cells called platelets and certain proteins known as clotting factors. 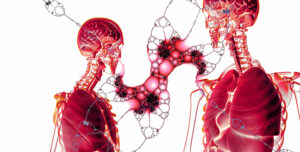 If you don’t have enough platelets or clotting factors, or if they aren’t functioning properly, you end up with a bleeding disorder. When you have a bleeding disorder, the clotting process takes much longer to complete. This puts you at risk for complications from bleeding too much from an injury to bleeding internally into your tissues and organs, including your brain.

Bleeding disorders are a group of conditions affecting blood clotting. The most well-known is hemophilia, but it’s not the most common bleeding disorder. That distinction belongs to von Willebrand disease. Hemophilia is rare, affecting about 20,000 Americans. Von Willebrand disease, on the other hand, is found in up to 1 percent of the US population, or 3.2 million people.

In addition to hemophilia and von Willebrand disease, there are many other bleeding disorders that have been identified. They include Factor I, II, V, VII, X, XI, XII and XIII deficiencies, named after the specific clotting factors involved.

Most bleeding disorders, including hemophilia and von Willebrand disease, are inherited, which means they are passed on from your parents to you. They’re usually the result of defects on specific genes on your DNA. In rare cases, they can be acquired as the result of another disease such as liver disease or as a side effect of certain medications such as blood thinners.

Each bleeding disorder has its own set of symptoms, but there are a few general symptoms commonly experienced by people with these disorders. They include:

Because bleeding disorders are passed along in families, your doctor will probably ask you a lot of questions about your family’s medical history, as well as your personal history, when making a diagnosis. The doctor will also give you a complete physical examination and will likely order blood tests. 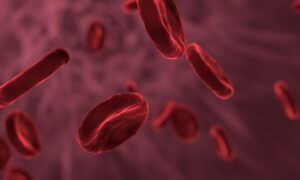 These blood tests may include a complete blood count (CBC), which measures your total amount of red and white blood cells; a platelet aggregation test, which examines how well your platelets clump together, and a bleeding time test, which calculates how quickly your blood clots.

Treatment varies depending on the type of bleeding disorder you have and how severe it is, but it often includes iron supplementation to replenish the iron you lose when you bleed a lot. This can keep you from developing anemia, a condition in which your blood lacks enough healthy red blood cells or hemoglobin, which carries oxygen to your body.

Blood transfusions are a common treatment for bleeding disorders. During a blood transfusion, the blood you lose from bleeding is replaced with blood taken from a donor. Some disorders, including hemophilia, can be treated by injecting often synthetic clotting factor components into your bloodstream. This is called factor replacement therapy.

Another treatment is the infusion of fresh frozen plasma that contains certain clotting factors such as factors V and VIII, which are important to the clotting process. People with severe bleeding disorders may remain on a routine treatment regimen, or prophylaxis, to maintain enough clotting factor in their bloodstreams.

Bleeding disorders can’t be cured, but treatment can help to relieve the symptoms and allow you to live a relatively normal life. It can also help to prevent or control the complications associated with these disorders, including bleeding into the organs and tissues.

But you have to seek treatment as soon as possible, so if you notice any of the symptoms of a bleeding disorder, see your doctor right away.