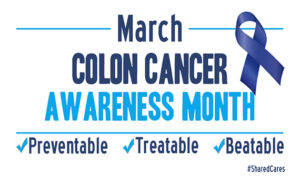 With cancer, the cells of a part of your body grow out of control. When this occurs with the cells of your colon or rectum, it’s colorectal cancer. Colorectal cancer is an equal-opportunity disease. It affects men and women of all racial and ethnic groups. Aging is a key factor for this disease, so it’s more common in people ages 50 and older. On a positive note, death rates from colorectal cancer have dropped over the last 30 years in both men and women, and are still dropping. This decrease is attributed to more attention being given to screening and early detection, as well as the development of improved methods of diagnosis and treatment. As with other cancers, colorectal cancer is caused by changes, or mutations, in your cells’ DNA, which controls cell growth. Some of these mutations are inherited; they’re passed along in families. These include certain genetic disorders such as familial adenomatous polyposis (FAP). With FAP, many growths called polyps form on the inner lining of the colon and rectum. Most colorectal cancers start as polyps.

Other mutations are acquired, meaning they occur during your lifetime and you don’t pass them on to your children. There are certain risk factors that can lead to these mutations in your DNA. Some risk factors you can’t control, like your age, but others you can control, and doing that can help you lower your chance of developing this cancer. Many controllable risk factors are linked to your lifestyle habits, including diet, weight and exercise. The risk of developing colorectal cancer is higher in people who are overweight or obese, are inactive, or eat a diet high in red meats and processed foods. Other lifestyle habits that can have a negative impact include smoking and heavy drinking.

Colorectal cancer might not have symptoms in its earliest stages, and some of its symptoms are common to other disorders. But if you experience any unusual symptoms for four weeks or longer, see your doctor right away. Symptoms of colorectal cancer include:

If your doctor suspects colorectal cancer after you describe your symptoms, he or she will likely perform a digital rectal exam (DRE) to feel for lumps in your rectum. Your doctor may then order certain tests to confirm a diagnosis. Among these tests are a fecal occult blood test (FOBT), which looks for blood in your stool, and a barium enema, during which x-rays are taken of your colon and rectum after you drink a contrast liquid called barium. Surgery is the most common treatment for colorectal cancer. Your doctor will remove the areas affected by the cancer using one of several techniques, which cut out varying sections of the rectum and/or colon. The technique used depends on the stage of the cancer and how far it has spread. But all of the techniques have the same goal: to remove as much of the cancer as possible.

Chemotherapy and radiation therapy are other options that are sometimes used, often following surgery to kill any remaining cancer cells. Ablation is another treatment option that destroys cancerous tumors without surgery to remove them. 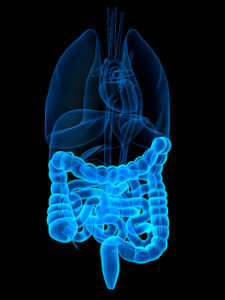 Ablation can be accomplished using radiofrequency waves, microwaves, ethanol or cryosurgery. These treatments are performed through a probe or needle that is guided by ultrasound or CT scanning technology.

While not all cases of colorectal cancer can be prevented, you can take steps to lower your risk. Make changes to those controllable risk factors: eat healthy, manage your weight, exercise, stop smoking and moderate your drinking. Also, follow your doctor’s advice about when to get screening exams for colorectal cancer.

The outlook for people with colorectal cancer varies by the extent of the cancer, but is best when the cancer is found in its early stages. That can only be done if you’re vigilant about managing your risk factors, monitoring your body for symptoms and getting screened appropriately. Do that and you can be a survivor.