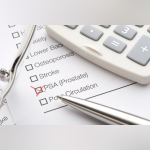 In October, we got a glimpse of what was happening in research on breast cancer. This week, I thought I’d give you an update on what’s being studied in prostate cancer. Prostate cancer, as we learned recently, is the second most common cancer in men behind skin cancer and the second leading cancer killer in men, behind lung cancer.

Studies are ongoing as researchers look for the causes and new treatments for prostate cancer, as well as for more effective ways to detect and prevent it. Research is being done in universities and medical centers all over the world. The American Cancer Society breaks down some of the work currently underway. Here’re are a few examples.

On the genetics front, research into the link between gene changes and prostate cancer is helping scientists better understand how this cancer develops. Knowing this might help other scientists design medications that target those changes. It also might help develop tests to detect abnormal genes that can then help identify men at high risk for prostate cancer.

The use of the PSA test is also being studied. Researchers are looking at better ways to measure the total amount of PSA in your blood. They’ve suggested using newer tests that are more accurate than the PSA test. The newer tests include the phi, which combines the results of total PSA, free PSA and proPSA.

In most cases today, doctors use transrectal ultrasound (TRUS) to guide the needle during a biopsy. A newer technique making biopsies more accurate is the color Doppler ultrasound. An even newer approach being studied enhances the Doppler technique by injecting a contrast agent with microbubbles that helps improve the images. 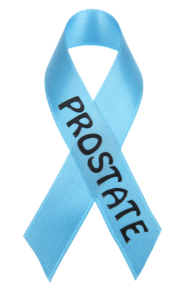 There have been some breakthroughs in prostate cancer research in the news recently, and I thought I’d share a few I found with you. These are the reported results of specific research studies recently concluded. These studies offer good news for some men with prostate cancer.

One article reported on a clinical trial on a new technique for radiation therapy. This innovative form of treatment delivers the radiation in only five treatment sessions. A typical course of radiation treatment is 37 sessions.

This clinical trial looked at the effects of stereotactic ablative radiotherapy, which is a highly targeted form of radiation therapy that uses several beams of radiation at one time. The multiple beams intersect at the tumor and deliver a high dose of radiation to the cancer. At the same time, the surrounding, healthy tissue receives only a very low dose.

Another study looked at the effectiveness of immunotherapy on an especially aggressive form of prostate cancer. Men with this form have a much worse survival rate than men with other forms of prostate cancer. Researchers found these men may respond unusually well to this type of therapy, giving them the possibility of an effective form of treatment.

The research found that men with this form of prostate cancer have specific faults in their tumors that make their DNA error prone and unstable, so their survival is half as long as other men with advanced prostate cancer. However, their unstable tumors are more likely to trigger an immune response, which makes them good candidate for immunotherapy.

More good news for men with aggressive prostate cancer, this one a non-metastatic, castrate resistant form with a quickly rising PSA level. Castrate resistant means your cancer no longer responds to the treatments to reduce testosterone, on which your cancer feeds. This form of cancer has not had an effective treatment to date.

Now, a study out of Northwestern University Medicine may have a treatment. The study showed that a medicine currently used to treat men with advanced metastatic prostate cancer significantly lowered the risk of metastasis or death when used in men with this aggressive form of prostate cancer.

The results, the researchers noted, showed several benefits for patients, including a decline in PSA levels and less need for additional anticancer treatments, which can have a negative impact on your quality of life. The lead researcher stated that more study is needed to determine if long-term survival is impacted.