Married couples aren’t the only ones who sometimes wish their honeymoons would last a little longer. People being treated for Parkinson’s disease often express the same wish regarding their treatment. Before long, their wish may be granted. 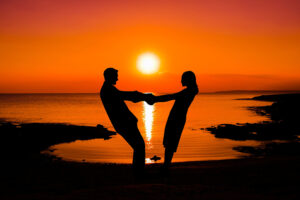 A clinical trial that began in July at the University of Arizona is aimed at finding out if ketamine, a drug used to treat depression, can extend what physicians refer to as “the honeymoon period’’ for Parkinson’s patients being treated with levodopa.

Levodopa, an amino acid created naturally in the human body, has long been used to treat some of the symptoms associated with Parkinson’s disease, particularly the stiffness and slow movement that comes with it.

The problem is that levodopa typically works great for a few years. That’s what doctors call the honeymoon period. After that, severe side effects such as uncontrollable and involuntary movement of the arms, legs and head develop.

Research has shown that 40-percent of all Parkinson’s patients being treated with levodopa experience these side effects, known clinically as dyskinesia and that the only way to stop them is to halt the levodopa treatments.

The intentions of the three-year, $750,000 clinical trial is to determine if ketamine, which has also been used to treat chronic pain, can help reduce the rash of involuntary movements brought on by the use of levodopa.

The belief that it can is shared by two University of Arizona doctors who first discovered ketamine’s added potential in the treatment of Parkinson’s disease several years ago when they began using it as a pain reliever for Parkinson’s patients. 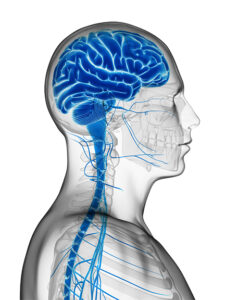 Parkinson’s disease is a chronic progressive neurological disease that is marked by the tremor of resting muscles, rigidity, slowness of movement, impaired balance, and a shuffling gait.

In addition to learning that ketamine helped ease pain in patients with Parkinson’s disease, the doctors discovered that the patients who were given ketamine treatments also experienced a noticeable reduction in dyskinesia.

The doctors later discovered that similar results were found when lab rodents with Parkinson’s disease were treated with ketamine, which can bring about some side effects of its own.

An increase in blood pressure and a feeling of disassociation with the body has sometimes been experience by people being treated with ketamine, which has also been used recreationally.

During the trial, however, the doctors intend to closely monitor blood pressure levels and they are confident the dosage needed to relieve the dyskinesia falls well below the dosage at which the disassociation effect is realized.

The trial is currently monitoring the effects of ketamine in 10 patients with Parkinson’s disease and is being conducted in conjunction with a separate study using rodents to determine how ketamine affects the brain.