They’re sometimes referred to as “massive heart attacks,” but that moniker is not quite accurate. It’s true sudden cardiac arrests, or SCAs, affect the heart, but they’re not true heart attacks. A heart attack occurs when blood flow to a part of the heart is stopped or slowed, generally due to a blockage, causing the death of heart muscle tissue. 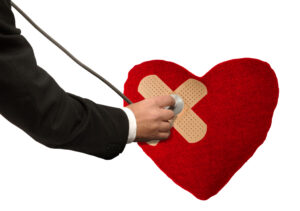 Generally, there are signs and symptoms signaling a heart attack, and in most cases, those hearts continue beating. But with SCA, people just collapse, discontinue breathing and their hearts simply stop beating. A very serious heart attack can lead to SCA, but most SCAs are caused by problems in the rhythm of the heartbeats.

According to the National Heart, Lung and Blood Institute, part of the National Institutes of Health, between 250,000 and 450,000 Americans suffer SCA annually. It occurs most often in people in their mid-30s to mid-40s and affects men twice as often as women. SCA is rare in children, affecting one to two per 100,000 each year.

Most of the body’s electrical activity is handled by nerves, but the heart has its own unique electrical system. In the heart, electricity is generated in special pacemaker cells in the atrium, or upper chamber, and is then carried through designated pathways to the heart muscle cells. The cells then all contract at once to produce a heartbeat.

Most people at risk for SCA have coronary artery disease (CAD), although some don’t even know it. There are other heart-related risk factors for SCA including having an enlarged heart or cardiomyopathy, valvular heart disease and a congenital heart condition, a condition present since birth. 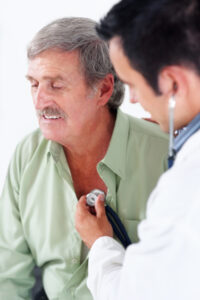 Some other factors that put you at risk for SCA include the risk factors for CAD. These include being a smoker, having diabetes, high blood pressure, high cholesterol and/or being overweight or obese, as well as living a sedentary lifestyle. Drinking more than two drink a day is another CAD risk factor, as is having a family history of the disease.

Other risk factors for SCA include having had a previous SCA or having a family history of SCA. If you’ve had a heart attack or have a family history of heart disease, your risk for SCA increases. The risk for SCA goes up with getting older, being male, using recreational drugs like cocaine and amphetamines, and having low levels of potassium or magnesium in your system.

Blunt force trauma, like what can occur in a car accident or after taking a direct blow to the chest, can also result in SCA. This is called commotio cordis. Strenuous physical activity can trigger SCA, but in most cases, there is an underlying heart problem that the people doing the activity may or may not be aware of. This is often the case when athletes in top physical condition experience SCA.

Most people who have SCA, about 95 percent, die from it, often within minutes. Rapid treatment of someone suffering SCA is critical not only for that person’s survival, but also to minimize damage to the brain from being without oxygenated blood for too long. Because when the heart stops beating, blood flow to the rest of the body also ceases.

The chances of a positive outcome increase dramatically if the person’s receives CPR and treatment with a defibrillator within minutes. Automated external defibrillators (AEDs) are available in more and more public places, including shopping malls, busses, parks and schools. You can even get an AED for your home, but talk to your doctor before you buy.

AEDs are devices that analyze the heart and if they detect a problem deliver an electrical shock to restore the heart’s normal rhythm. They are designed for use by laypeople and provide visual and voice prompts. They will only shock the heart when shocks are needed to restore normal rhythm.

If you witness someone in SCA, call, 911 immediately, then check to see if the person is breathing. If they’re not, begin chest compressions. If an AED happens to be available, use it on the unconscious, unbreathing person. Follow the instructions and prompts provided with the AED. Use the AED once, then continue chest compressions until emergency personnel arrive.

SCAs happen without notice, so they can’t be diagnosed until after they occur. There are, however, tests to diagnose contributory disorders and steps to reduce the impact of some risk factors. Having routine appointments and physicals with your doctor and getting appropriate screenings when required can help alert you to potential risk factors for SCA.

If you survive SCA or are at very high risk for SCA, your doctor may choose to place an implantable cardioverter defibrillator (ICD). An ICD is placed under the skin in your chest wall, with wires that attach to the heart. The ICD works like a pacemaker. When it detects a dangerous arrhythmia, it sends a shock to the heart to restore the natural rhythm.

If you’re aware of a heart condition or other risk factors for SCA, you can help yourself by making some lifestyle changes to reduce your risk of CAD and subsequently SCA. Lifestyle behaviors to put into practice in your life include quitting smoking, maintaining a healthy weight, exercising regularly, eating a low-fat diet and managing diabetes, high blood pressure and other chronic conditions.

For the best outcome in the case of SCA, treatment must be started within minutes of the event. If someone you love is at high risk for SCA, do them a favor and learn the proper techniques for CPR. The American Heart Association and many hospitals and health organizations routinely offer classes you can sign up for.

Think about learning CPR. You can save someone’s life.