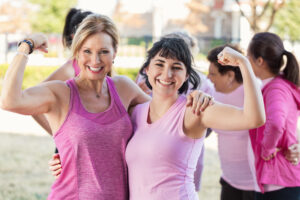 The same is true with breast cancer. Stage IV breast cancer, which is also known as metastatic breast cancer, or MBC, is when breast cancer cells have traveled through the bloodstream or lymphatic system to other areas of the body. The most common places for MBC are the bones, lungs, liver and brain.

According to the Susan G. Komen Breast Cancer Foundation, there are an estimated 154,000 people in the United States with MBC.1 In some cases, women have MBC when they’re initially diagnosed with breast cancer. This is called de novo MBC, and it’s uncommon. It only occurs in about 6 percent of cases.

The rest of the time, MBC is diagnosed months or years after the initial breast cancer treatment has been completed. This is generally referred to as a distant recurrence. In either case, the disease starts in the cells of the breast, and they’re breast cancer cells that cause the problems elsewhere, not bone, lung, liver or brain cells.

Symptoms of MBC vary tremendously and depend on which area of the body is involved. When the bones are affected, the most common symptoms are pain and bone fractures. Lung symptoms include shortness of breath, difficulty breathing, prolonged coughing and fatigue. 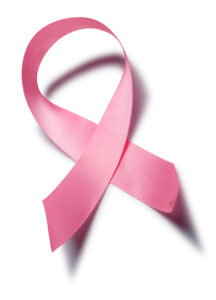 Liver MBC symptoms tend to be subtle and are not obvious until much of the liver is compromised. They include nausea, extreme fatigue, increased abdominal size, swelling of the feet and hands, and yellowing of the skin. Brain symptoms may include headaches, confusion, memory loss, blurred or double vision, and speech or movement difficulties.

The reality is that, unlike breast cancer confined to the breast, MBC cannot be cured. It can, however, be treated, and treatment is guided by several factors. These include the characteristics or biology of the cancer cells themselves, the location of the metastasis, the current symptoms and past treatments used on the breast cancer.

The major goals of MBC treatment are to shrink tumors and weaken the cancer, manage your symptoms and side effects, and prevent the cancer from spreading further. The guiding hope is to control the cancer for as long as possible, while providing the highest possible quality of life. There are many approaches to treatment for MBC to help achieve this.

Chemotherapy, which is a systemic treatment, is often used to treat MBC; but in many cases, it is supplemented by another approach such as hormonal, or biologic or targeted therapies. Hormonal therapies target cancers that grow in the presence of certain hormones like estrogen or progesterone. Biologics target specific genes that make proteins that stimulate cell growth. They work if the MBC tumor overexpresses these proteins.

Other medications are sometimes used in the treatment of women with MBC. These include CDK4/6 inhibitors, which are a class of drugs designed to inhibit the CDK4 and CDK6 enzymes that are important in cell division. The CDK4/6 inhibitors interrupt the growth of cancer cells.

Research into new and improved treatment options for MBC is ongoing. One way to access these advanced approaches is by participating in a clinical trial. Clinical trials are research studies on the safety and effectiveness of new medications and treatment protocols. To find a clinical trial on MBC near you, ask your oncologist or visit www.clinicaltrials.gov.

Receiving treatment as soon as possible and updating it when appropriate are good strategies for helping to increase your longevity and your quality of life with MBC. Building good lifestyle habits can also help improve your quality of life as you cope with the strain of treating and living with MBC.

Eating a balanced diet low in saturated fat but high in plant-based foods is your best nutritional bet for fighting cancer. Exercise is important for your overall physical and mental health. It can help you increase your strength, reduce your stress, improve your mood and reduce side effects from cancer treatment.

The Susan G. Komen Foundation reports that of American women with MBC today, an estimated 34 percent have lived at least five years after diagnosis. And as treatments continue to improve, some may live ten years or more after diagnosis.

Life expectancy after an MBC diagnosis can be influenced by many factors. These include your age, your overall health, the types of tissues affected by the MBC and your general attitude and outlook. The fact is many women with breast cancer now live longer than they used to.

This is good news for women with MBC as well. Ongoing research is finding ever new and improved ways to treat this disease. Improved screening, and early diagnosis and treatment are prolonging the lives of women with MBC, as well as improving the quality of those lives.