If you read the recent posting, you learned the basics of breast cancer. You know it’s a nasty disease. In fact, death rates from breast cancer are higher than those of any other cancer except lung cancer for American women. Knowing that may help you appreciate these remarkable breakthroughs recently announced by breast cancer researchers. 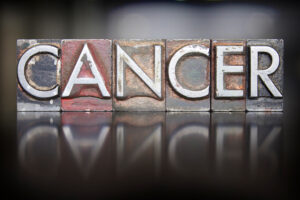 The results of one study were released in February and published in the journal Nature. The investigators in the study reported their findings that a certain protein found in many foods may reduce a dangerous type of breast cancer’s tendency to spread. This suggests that your diet may be a factor in treating this form of breast cancer.

The type of cancer is called triple-negative breast cancer because its cells lack receptors   for estrogen and progesterone and don’t make very much of a protein known as HER2. It is often deadly because it tends to travel to distant sites in the body.

In this multicenter study, which used laboratory mice, investigators found that by limiting an amino acid called asparagine, they could dramatically reduce the cancer’s ability to spread to the farther reaches of the body. That’s great news!

One of the drawbacks of this good news is that many foods contain a lot of asparagine. These include beef, poultry, fish, seafood, dairy products, eggs, potatoes, nuts, seeds, soy, whole grains and, surprise, surprise, asparagus. Most fruits and vegetables are low in the amino acid.

Unless you’re vegan, your diet will change dramatically. But it’s worth it if it stops the spread of this deadly cancer. The next step for researchers is to begin an early phase clinical trial using healthy subjects. The subjects would eat a low-asparagine diet, and the investigators would test for drops in asparagine levels.

After that, investigators will move on the next phase clinical trial and test their diet treatment on cancer patients. In that case, diet changes would be made in combination with the patients’ chemotherapy or other traditional treatments.

The results of another study were made public in September but are not due to be officially presented until the 2018 American Society of Clinical Oncology Annual Meeting in June. This study was a federally funded phase III clinical trial of women with an early-stage breast cancer that had certain characteristics.

The early stage breast cancer studied must be hormone receptor-positive, HER2-negative and axillary node-negative. It must also score in the mid-range on a specialized test called a 21-tunor gene expression assay. The study investigators have some welcome news for women with this type of cancer.

Here’s something you’ll want to hear. The clinical trial showed that women with this breast cancer do not need to have chemotherapy after surgery. That’s awesome because you avoid all those horrible side effects. Apparently, there wasn’t any improvement in disease-free survival when chemotherapy was added to other treatments after surgery.

This is especially good news when you consider that half of all breast cancers are hormone receptor-positive, HER2-negative and axillary node-negative. That means a lot of women are affected by this study’s outcome. Read what the study’s lead author, Joseph A. Sparano, MD, has to say about it:

“Our study shows that chemotherapy may be avoided in about seventy percent of these women when its use is guided by the test (21-tumor gene expression assay), thus limiting chemotherapy to the thirty percent who we can predict will benefit from it.”

These are the results of just two recently completed studies on breast cancer. These are many more that have been completed or are in progress. Because breast cancer is so deadly, research on it is ongoing. If you want to get involved in a clinical trial of a new drug or treatment, ask your doctor about one close to you or visit clinicaltrials.gov.

Between the last posting and this one, we’ve increased our awareness of breast cancer two-fold. Don’t keep your knowledge to yourself. Share a fact about breast cancer with someone else. Keep the awareness alive in others.