With all of the breakthroughs science has made on complicated diseases like cancer, you’d think we’d have the simple stuff figured out. But that’s not the case with sexually transmitted diseases, or STDs. For a while there, doctors seemed to have a handle on these infections, but over the past four years, their rates have skyrocketed. 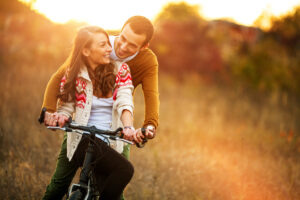 According to a Centers for Disease Control and Prevention report, last year was no different. It posted the highest rates of chlamydia, gonorrhea and syphilis in history, with nearly 2.3 million cases diagnosed. That turns out to be 200,000 more cases than in 2016, which was the previous record-breaking year.

Chlamydia, as usual, was the most common of the STDs. In 2017, there were more than 1.7 million cases of chlamydia diagnosed. However, the CDC was especially concerned about the dramatic rise in syphilis cases, which increased by 76 percent since 2013. Gonorrhea diagnoses grew by 67 percent since 2013.

The reality of these numbers is made worse by the fact that gonorrhea might soon become resistant to the last-ditch antibiotic we have to treat it. Over time and through genetic mutations, gonorrhea has built up resistance to nearly every class of antibiotics we have except one, ceftriaxone.

Now, the CDC is worried that the bug’s immunity to antibiotics could spread to ceftriaxone and become untreatable by anything currently available. And unfortunately, development of new, stronger antibiotics has not been a priority for researchers. As a result, gonorrhea is on course to becoming one of the world’s treatment-resistant “super bugs.”

If anything, that highlights how important it is for us to shift our priorities, provide the necessary funding and work to develop new antibiotics and novel treatments such as vaccines. We don’t want 2018 to be another record-breaking year.

Without adequate funding, STD prevention workers have limited resources for outreach, education and awareness programs. These programs are important because many STDs have no early symptoms, so infected people end up passing the infections to their partners without realizing it. The partners pass it on and so forth.

The lack of funding has also forced the closing of many publicly-funded STD clinics across the country. Because of this, many infected people are unable to get appropriate care and are going to emergency rooms or urgent care centers. Unfortunately, these facilities don’t have the expertise with STDs to properly test and treat infected individuals.

STDs have a higher prevalence in certain community and socioeconomic groups, so the closures of  local STD clinics have a larger impact on these groups. In addition, other public health issues can compound the problem of soaring STD rates, issues such as substance abuse and domestic violence.

Without the benefit of outreach programs, there are no programs in place to educate people about STDs and encourage safe sex practices and screening for infections. One thing is sure, more comprehensive community education and outreach is necessary, along with better screening and treatment practices by doctors.

If we want to lower the skyrocketing STD rates, we all have a lot of work to do.