Overactive bladder or OAB, isn’t a disease in itself. Rather, it’s a syndrome, a collection of symptoms caused by sudden, involuntary contractions of the muscle of the wall of the bladder, where urine is stored. OAB symptoms can be triggered anywhere at any time and can have a major impact on your quality of life. 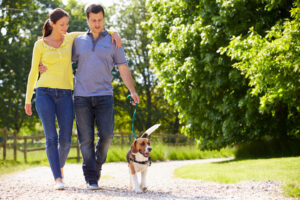 The most notable symptom of OAB is a sudden need to urinate that you can’t control. Some of us leak urine when we feel this sudden urge. That’s called urge incontinence, and like stress incontinence, it’s a pain in the keister. Having to go to the bathroom a lot during the day and two or more times at night are other common symptoms of OAB. Unlike urinary tract infections, there’s no pain or burning when you urinate, and there’s no blood in your urine with OAB.

OAB is very common. The American Urological Association says about 33 million Americans suffer with it. The fact is, as many as 30 percent of men and 40 percent of women in this country live with OAB symptoms. Keep in mind that many people who have OAB symptoms don’t tell their doctors because they’re embarrassed, so the actual number of people who have OAB is probably a lot higher than estimates suggest.

Age is a risk factor for OAB. It’s more common as we get older, but it’s not a normal part of aging. It’s also more common in people who have weak pelvic muscles, nerve damage or urinary tract infections. Certain medications and fluids, such as alcohol and beverages with caffeine, can be irritating to the bladder, as can excess weight. The loss of estrogen in menopause put women at a higher risk for OAB.

If you have the annoying symptoms of OAB, swallow your pride and tell your doctor, especially if the problem is affecting your daily functioning. People with OAB tend to avoid going too far from a toilet, so they start skipping social functions and events for fear they won’t have access to a bathroom. Staying home alone all the time can ultimately lead to feelings of isolation and depression. You don’t want that!

Don’t despair, there are treatments available. Most doctors start treatment with behavior modification. This includes monitoring your diet for any foods and drinks that can made bladder symptoms worse. Other aims include treating constipation and getting regular, and maintaining a healthy weight. Giving up smoking and drinking plenty of fluids that don’t irritate the bladder are also steps m this process.

Bladder retraining is another approach to OAB treatment. This involves scheduling times to go to the bathroom instead of going when the urge is felt. You then slowly increase the time between bathroom visits. In addition, doing specialized Kegel exercises strengthens the muscles of the pelvic floor, which control urination.

If these conservative measures fail to relieve your OAB symptoms, your doctor may prescribe a medication. Most medications used for OAB control the muscle spasms in your bladder, which decreases the symptoms of urgency and frequency to urinate.

If medications don’t help you or if you can’t tolerate their side effects, an injection of BOTOX into the bladder muscle may be an option. BOTOX temporarily paralyzes the  muscle, stopping its contractions, which in turn, stops the OAB symptoms. The results of BOTOX therapy lasts anywhere from four to eight months. The injection can be repeated.

Two types of neuromodulation or direct nerve stimulation are also available to treat OAB. They are percutaneous tibial nerve stimulation (PTNS) and sacral neuromodulation. These treatments work by reorganizing the spinal reflexes involved in bladder control. When all else fails, reconstructive bladder surgery may be an option, although surgery is rarely necessary.

Take heart. If you have OAB, your outlook is good. For most people, the combined approach of behavior modification and medication significantly improves urinary symptoms and your quality of life.