During Digestive Disease Week in early June, a group of researchers from the University of Alberta in Edmonton, Canada presented the results of their study to a gathering of physicians and researchers in the fields of gastroenterology, endoscopy, gastrointestinal surgery and liver disease. The study results came from a 32-question online survey of about 800 people in the US, Canada and UK. 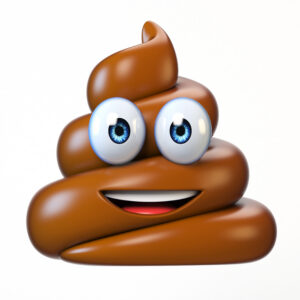 Lead researcher Breanna McSweeney, a medical student at the University of Alberta in Canada, says “As studies come back showing that fecal transplant is beneficial for more conditions, most likely we’re going to need more donations.”

The purpose of the survey was to gauge the respondents’ attitudes toward donating stool samples for fecal transplantation. That’s right, poop donations. But before you laugh, consider how donated stool is used in medicine and how it can help people who’ve failed all other treatments.

Currently, fecal transplants are used to treat Clostridium difficile infections. C difficile is a bad news bacterium that can cause life-threatening diarrhea if its allowed to flourish in the digestive tract. It generally runs wild after people have taken a lot of antibiotics that have killed off all the beneficial bacteria. These “good” bacteria keep the environment in the gut balanced and healthy.

C difficile causes nearly half a million infections and 15,000 deaths in the US each year. In many cases, C difficile infections are resistant to most available antibiotics. This leaves many infected people with no effective treatment. Remarkably, fecal transplantation has been shown to be a lifeline for these otherwise untreatable patients.

During fecal transplantation, doctors take a donated stool sample from a healthy donor and purify it. The purified sample is then used in the sick individual to create colonies of healthy bacteria in the digestive tract. This levels the playing field. One, healthy bowel movement can help up to five people.

Right now, the FDA has approved fecal transplantation only as a last-ditch treatment for C difficile infection, but studies have shown it’s just as effective as antibiotics as a first-line treatment, too. Researchers are currently studying its potential to treat other nasty gut disorders as well, such as irritable bowel disease and ulcerative colitis.

What makes a person agreeable to donating? According to the study results reported in June, the majority of respondents said the opportunity to help others was their primary motivation. The payment for donating helped a little, although the amount is minimal, from $15 to $40 depending on the country and the donation center. The researchers also noted that the majority of those who agreed to become donors were also blood donors. Altruistic at heart, I guess.

There were a couple turn-offs to stool donation, of course. The inconvenience of donating was one. Most centers ask for a donation three times a week for at least two months. Talk about pressure! In some cases, donors have to make their donations at a hospital if their transplant centers aren’t set up to accept them. The ickiness of collecting their own stool was cited as another hindrance to participation.

Becoming a poop donor isn’t as easy as it seems. Potential donors go through a rigorous screening process that includes an exhaustive questionnaire, a thorough clinical evaluation, and intensive stool and blood screening. In the end, nearly 97 percent of applicants are rejected. Apparently, they’re pretty particular about poop. That doesn’t mean you shouldn’t try to find a stool bank and make a deposit!

To find a provider near you, please visit the Fecal Transplant Foundation.