Migraines are not “all in your head,” and the pain is not only real but may have serious consequences for your life and bank account. 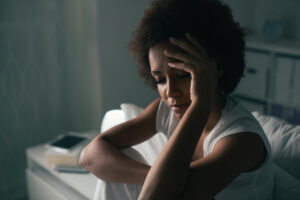 June is National Migraine and Headache Awareness Month, a time to support those whose lives are often made unbearable by chronic migraines that can be difficult to treat, even with prescription medication.

An estimated 36 million Americans suffer from migraines, but only one of every three talks to a doctor about them, according to the American Migraine Foundation.

A migraine is an inherited neurological disorder in which specific areas of the brain become overexcited, the foundation defines. Sufferers are more susceptible to “triggers” that raise their risk of having a migraine attack.

A chronic migraine recurs 15 or more days a month for at least three months and has the features of a migraine at least eight days out of the month, according to the Chronic Migraine Awareness organization.

“Chronic migraine poses a greater impact on the patient’s life than episodic migraine, including lower household income levels, less ability to do chores and more missed workdays,” according to the tax-exempt group’s blog.

The World Health Organization considers migraines one of the 10 most disabling medical illnesses globally, with chronic migraines impacting patients even more severely.

Migraines cost the United States more than $20 billion each year, the American Migraine Foundation reports. That includes direct medical expenses such as doctor visits and medications and indirect expenses such as missed workdays.

“But the burden doesn’t stop there. Those afflicted with migraines are more likely to have depression, anxiety, sleep disorders, other pain conditions and fatigue,” according to the foundation.

“People who have a history of experiencing an aura phase (migraine with changes in vision) have been shown to be at an increased risk for stroke and heart attack,” the foundation adds.

How do you know if you’re suffering from a migraine as opposed to a garden-variety headache? Consider these migraine symptoms:

If your migraines are negatively impacting your quality of life, and over-the-counter medications don’t help, visit your primary care provider, who may refer you to a neurologist or a headache specialist.