Victims may appear happy when in fact they’re not

In the days just prior to the moment in which she took her own life, world renowned fashion designer Kate Spade was described as happy, jovial and in good spirits by friends and family members. 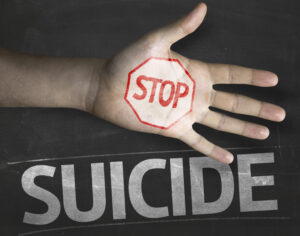 Three days later, friends and associates of Anthony Bourdain were saying the same thing after the celebrity chef took his own life while he was on location in France shooting an episode of his CNN TV show, Anthony Bourdain, Parts Unknown.

Mental health experts weren’t surprised to hear that. It’s not unusual they say for suicide victims to mask their true emotions all while displaying a completely different set of feelings while they’re with family and friends.

Many with suicidal thoughts simply do not want to burden their friends or family members with their darkest feelings. Others refuse to share those thoughts out of fear they won’t be taken seriously and will be see as simply seeking attention.

But attention is precisely what anyone experiencing suicidal thoughts needs, and as the recent deaths of Spade and Bourdain suggest, anyone from any walk of life can develop and eventually act on his or her suicidal tendencies.

Simply put, suicidal tendencies do not discriminate. Suicide is the second-leading cause of death among people aged 10 to 24, but people 85 and older have the highest suicide rate among all adults.

The same goes for members of the LGBTQ+ community, and according to a 2016 report by the United States Department of Veterans Affairs in which the records of 55 million veterans were analyzed, 20 veterans take their lives each day.

But suicide is not a problem only for those suffering from depression, such as Spade. In 2016, more than half of the nearly 45,000 suicide victims in the United States had not been previously diagnosed with a mental illness, according to the U.S. Centers for Disease Control and Prevention (CDC).

That’s one reason clinicians are convinced that many potential suicide cases can be prevented, and why most of those clinicians believe that by simply paying attention, friends and family members can do the most to prevent a suicide from happening.

In particular, it’s important to look for significant behavioral changes such as a sudden desire to withdrawal from or avoid social activities involving family and friends, decreases in activity levels and increases in anxiety, agitation or restlessness.

The reason, according to Dr. Dan Reidenberg, executive director of the Suicide Awareness Voices of Education (SAVE), is that suicide is not something that someone typically attempts on a spur of the moment basis.

“It’s not as if one morning someone wakes up and says, Today is the day I’m going to do this,” Dr. Reidenberg told ABC News shortly after Spade died.  “It happens over time and falls on a continuum.”

Dr. Reidenberg added that simply being available to talk to someone who may be contemplating suicide can change that person’s plans and that letting someone know you are always there for them can save a life as well.

The National Institute for Mental Health (NIMH) provides several tips for helping someone who may be contemplating suicide that also apply to anyone who may be going through a crisis that could lead to such thoughts.

They include asking the person if they are thinking about suicide. That may seem to be a rather blunt approach, but studies show that asking someone if they are contemplating suicide does not increase the risk of it happening.

It is also wise for those around someone who may be displaying suicidal tendencies to rid their environment of anything that might be used to commit suicide, such as guns, knives and drugs.

Finally, encouraging someone to seek professional help, be it from a volunteer at a crisis center, a doctor or a spiritual advisor clergyman, can go a long way toward preventing a suicide as well.

It’s also important to remember that, should the crisis pass, it’s wise to continue to keep tabs on a person who may have expressed suicidal thoughts. After all, that person may seem to be happy, jovial and in good spirits, when in fact they are not.