This blog may be about men’s health, but women need to read it, too. Women have to encourage the men in their lives to pay more attention to their health. June is Men’s Health Month, and it’s the perfect time to review a few of the biggest health issues men face. 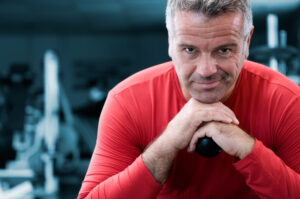 Since forever, women have lived longer than men. The US Centers for Disease Control and Prevention report that on average, women today live more than five years longer than men, and that gap is getting wider. Men have higher rates of death in most of the top ten causes of death. They also tend to have higher rates of complications from many disorders.

According to a report from the World Health Organization, men have higher death and complication rates for conditions like coronary heart disease, high blood pressure, diabetes and cancer. Yet, many of the risk factors for those diseases that have increased in the past few years aren’t male-specific and are preventable. These include increases in smoking, alcohol consumption, sedentary lifestyles and obesity.

According to WHO, there’re other factors that can contribute to a poorer life expectancy for men. For instance, men generally have greater exposure to occupational hazards such as physical or chemical hazards. They tend to engage more often in behaviors involving risk-taking, they’re less likely to see a doctor when they’re sick, and when they do, they’re less likely to fully report their symptoms.

A board member of the Men’s Health Network notes that certain conditions common in men, such as high blood pressure and high cholesterol, have no detectable symptoms. Many cancers also have few detectable symptoms in their early, most treatable, stages, so health care monitoring is crucial.

That’s where women can come in. We can help our men be aware of screenings, adopt healthy eating habits and promote exercise by setting an example and doing it with them. We can also encourage them to see the doctor when they complain of not feeling well or show signs of illness. They’re protecting the family by staying healthy.

So, what are the big health issues facing men? I read a couple of articles that listed the Top 10 or Top 5 Men’s Health Issues, but I’m going to condense the list to three big ones. You can read more at these three sites:

Still high on the list is cardiovascular disease. The American Heart Association tells us that one in three men have some form of cardiovascular disease. It’s the leading cause of death for men in the US, responsible for one of every four male deaths. Another condition that’s common in men and can contribute to cardiovascular disease is high blood pressure, which slowly damages the heart and blood vessels over time. These disorders can be controlled if detected early.

Here’s one you might not have thought of but is a growing problem. It’s skin cancer. Men 50 and older are at high risk for developing skin cancer, more than twice as likely as women. The reason is because men have generally had more sun exposure and tend to have fewer visits to the doctor for skin checks. More men than women die of melanoma, a lethal form of skin cancer. Regular skin checks can catch skin cancer in its early stages.

Diabetes is a problem in itself, and it can result in a whole bunch of other problems. It can lead to erectile dysfunction and lower testosterone levels. Low testosterone also decreases a man’s muscle mass and energy level. Low blood glucose can cause depression and anxiety, as well as damage to the nerves and kidneys and lead to heart disease, liver disease, stroke and vision issues. Routine blood work can monitor blood glucose levels and detect pre-diabetes.

Men face many more health issues that affect them not just physically, but mentally as well. This month, encourage the men in your life to take advantage of screenings, get regular physicals, lead a healthy lifestyle and see the doctor when necessary. Help them take control of their health and live longer.