Strokes don’t just happen to the elderly. They can disable or kill men and women of working age, too. That fact is just one of the awareness-raising messages the American Heart Association/American Stroke Association is spreading during May, which is American Stroke Month. 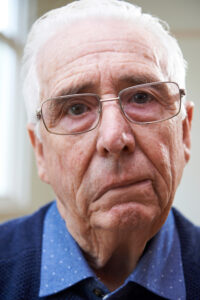 A stroke or “brain attack” happens when blood flow to part of the brain is cut off. As a result, brain cells are deprived of oxygen and begin to die, which threatens the abilities controlled by that area of the brain, such as muscle control, speech or memory.

Someone who suffers a minor stroke may have only temporary challenges, such as slurred speech or weakness of an arm or leg. But more serious strokes may lead to permanent paralysis or inability to speak. More than two-thirds of stroke survivors are left with some form of disability.

The faster a stroke victim receives treatment, the better the chances for survival and recovery. For each minute a stroke goes untreated and blood flow to the brain is blocked, the patient loses about 1.9 million neurons, which are nerve cells that transmit information throughout the body.

Be alert for these common symptoms of a stroke and call 9-1-1 immediately if they occur. Also, note the time the first symptom appears, because that can affect treatment decisions.

There are two types of “brain attacks” classified as strokes. A hemorrhagic stroke happens when a brain aneurysm bursts or a weakened blood vessel leaks. An ischemic stroke is caused by a blood clot that blocks a vessel carrying blood to the brain.

A transient ischemic attack, commonly known as a TIA, can mimic stroke-like symptoms and lasts less than 24 hours. A TIA occurs when blood flow to part of the brain stops for a short period of time. While they generally don’t cause permanent brain damage, TIAs are a serious warning sign of a future stoke and shouldn’t be ignored.

Some risk factors for strokes can’t be controlled, including age, gender or family history. But people can minimize other things that make them more susceptible, such as high blood pressure and/or cholesterol, smoking, drug and/or alcohol abuse, poor diet and lack of physical activity.

The bottom line: Up to 80 percent of strokes can be prevented.

Here, courtesy of the National Stroke Association and the American Heart Association, are other stroke facts by the numbers: