It happens every 98 seconds. Someone in the US becomes a victim of sexual assault. So says this article from HuffingtonPost.com. That works out to more than 570 people who fall prey to sexual violence every day. April is National Sexual Assault Awareness and Prevention Month. It’s a good time to think about this problem and aim at preventing it. 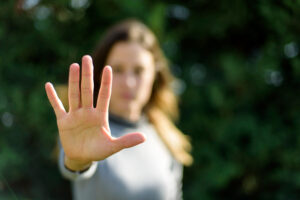 There’s a lot more to know about sexual violence. According to the Bureau of Justice Statistics, an estimated 19 percent of women and 2 percent of men will have been raped at some point in their lifetime. Another statistic from the National Sexual Violence Resource Center (NSVRC) states that nearly one in five women and one in 71 men are victims of rape or attempted rape.

In addition, 44 percent of women and 23 percent of men will experience some other form of sexual assault, yet less than 40 percent of these incidents are reported to police. Sexual violence is 2.5 times more prevalent than the most common health conditions – cardiovascular disease, cancer, diabetes and HIV/AIDS – combined.

Sexual assault doesn’t discriminate, either. It affects people of any age, gender, race, sexual orientation, religious belief, ethnicity and income level. Those who perpetrate the violence can be male or female and may be a family member, acquaintance, trusted friend or stranger. More often than not, the perpetrator is someone the survivor knows.

Rape is a pretty obvious form of sexual violence, but what else is considered a sexual assault? The US Department of Justice defines sexual assault as “any type of sexual contact or behavior that occurs without the explicit consent of the recipient.” It’s an umbrella term that includes many specific acts, which are determined by state law.

Many survivors are reluctant to reveal what’s happened to them, so sexual assaults are seriously underreported. In many cases, survivors don’t even tell their families or friends about their experiences, much less the police. Often, they feel ashamed and, sometimes, blame themselves. 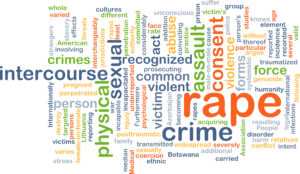 Survivors may also be afraid of their attackers or want to protect them. They may distrust the police or believe there’s not enough evidence to convict the attacker. That fear is not unfounded, since it’s very difficult to get convictions in these cases. In fact, close to 99 percent of perpetrators of sexual violence will walk free.

The perpetrator may use force, but they may also use threats, manipulation or coercion to commit their crimes. Just because the survivor may lack physical injuries does not mean he or she consented to the act and an assault did not occur. In reality, the number of false cases of sexual violence reported to police is low.

Before these statistics leave you feeling too depressed, know that the NSVRC is confident that prevention is possible. According to them, prevention can happen when individuals and communities take action to promote safety, respect and equality, and reject oppression, which creates a culture in which violence is seen as normal.

In their fact sheet titled “Prevention is Possible,” the NSVRC gives some suggestions for steps individuals, businesses and communities can take to change the culture of oppression in this country, which condones violence, uses power over others, and excuses unfair treatment and harm. Sexual violence is born of this oppression and control over others.

Here are a few strategies from that NSVRC fact sheet that individuals and communities can use to help eliminate the culture of oppression and prevent sexual violence.

Prevention strategies that are most successful are those that address the root causes and social norms that enable sexual violence to exist in the first place. Respecting others and treating them equally ends oppression and promotes safer communities. We all have roles to play in preventing sexual assault. Will you play yours?