One of the great advantages of spending a winter in Florida is that it allows sports enthusiasts to not only watch but participate in some popular winter sports and activities without having to deal with the cold and snow that often accompanies them. 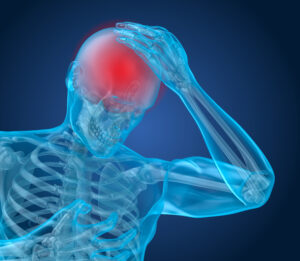 Since the arrival more than 20 years ago of the National Hockey League’s Tampa Bay Lightning and Florida Panthers, skating rinks have cropped up all throughout the state as interest in ice hockey, figure skating and even speed skating has grown substantially among not just youths but adults as well.

As it is with any sporting activity, of course, there are health risks associated with those winter sports, and they stretch far beyond the bumps and bruises that a novice skater or hockey player can expect to get. Of far greater concern is the potential for traumatic brain injury (TBI), which is why the month of January was designated National Winter Sports TBI Awareness Month.

Traumatic brain injury can occur anytime the head is impacted during a fall or even jostled by a shove or bump, and there’s a lot of falling involved in winter sports such as ice hockey, skating and skiing. That’s one reason why the American Physical Therapy Association reports that approximately 1.7 million TBI’s occur in the U.S. each year.

Those injuries result in 52,000 deaths and 275,000 hospitalizations each year, according to the APTA, which is one of the reasons the Johnny O Foundation was founded five years ago. Named in honor of its founder, Johnny O’Ravitz, who died of Alzheimer’s Disease in 2015, the foundation was established in part to raise awareness for all individuals and athletes participating in winter sports.

The foundation reminds participants in those sports that head safety is always paramount, which is why it is recommended that participants always wear appropriate head gear, such as helmets, that the safety equipment is maintained properly and that safety rules are always followed.

If you take a fall or hit your head, make sure you check it out immediately. Most recreational and youth leagues do not have doctors who can administer a test for a concussion on site, and such help is certainly not readily available at a public skating rink or even at some low-level competitions. So let common sense be your guide.

If your fall causes you to black out or feel dazed, affects your vision or memory, leaves you sensitive to light or results in a headache, it’s time to quit. Even if you feel fine immediately after a fall but begin to experience any of those symptoms later, go see a doctor.

And remember, symptoms of a concussion can take hours, days, even weeks to appear. As a result, you should never consider yourself out of the woods until a doctor has examined your and cleared you for further activity. That’s why the simplest rule of thumb to follow when dealing with a head injury is to – use your head. After all, it’s the only one you’ve got.