This month, let’s take a closer look at a very serious issue facing our nation: the prevalence of domestic violence. The National Coalition Against Domestic Violence (NCADV) reports that an average of 20 people in the United States are physically abused by intimate partners every minute. That adds up to more than 10 million victims of abuse every year. 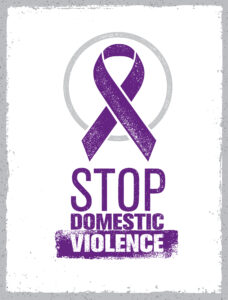 Domestic violence is epidemic. It affects all people regardless of race, age, gender, nationality, sexual orientation or socioeconomic status. It can be found in every community, even yours.

It’s a myth that people who commit domestic violence do so because they are “out of control.” In reality, domestic violence is all about control. NCADV defines domestic violence as the “willful intimidation, physical assault, battery, sexual assault and/or other abusive behavior as part of a systematic pattern of power and control perpetrated by one intimate partner against another.”

There are a number of ways people psychologically abuse their partners. They may humiliate them, or demean them in public or private. They may control what their partners do or whom they see, isolating them from family and friends. They can control their partners by denying them access to money or other basic resources. Other ways abusers exert control is by undermining their partners’ self-confidence or convincing them they’re crazy. There’s also stalking and showing up at their partners’ school or workplace. 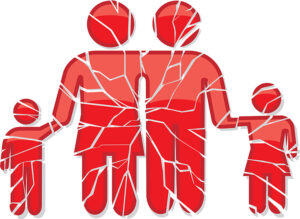 In any case, domestic violence is never the victim’s fault. Even today, our culture has a tendency to blame the victims for their plights. That’s not OK. Instead, we have to stop second-guessing their decisions and complaints. People and communities need to provide help and support. We shouldn’t ignore the problem of domestic violence. We should address it.

The National Network to End Domestic Violence issued a challenge for people to start a discussion with their friends and families about domestic violence. In this fact sheet, they give some tips for having an informed conversation. Here are a few of them:

This October, why not start a conversation!