The world has a drug problem! It’s getting so bad that the United Nations held a special meeting last September to discuss it. It was only the fourth time ever the UN called a high-level meeting on a global health issue. This time, the delegates discussed antibiotic-resistant infections – superbugs impervious to our current arsenal of germ-fighting drugs. 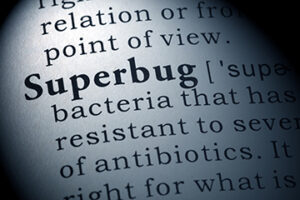 Drug-resistant bacteria, as well as drug-resistant parasites, viruses and fungi, have been lurking for a while. One superbug has been popping up, even here in the US, that is resistant to our last-ditch antibiotic. Without medications that can fight these germs, there will be untreatable infections that will have devastating consequences across the globe.

Drug resistance happens naturally over time, usually through genetic changes. However, the overuse and misuse of antibiotics and other drugs developed to treat microbial infections accelerated this process. Using antibiotics for every little illness, especially for viral infections such as colds and flu, and to promote growth in livestock, are examples of this misuse. After years of doing this, we now have a resistance problem. 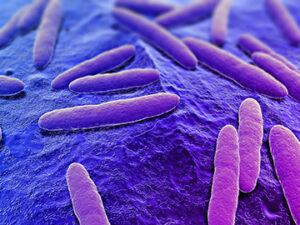 One superbug that’s got everybody scrambling is a bacterium that can’t be killed by the drug of last resort, Colistin. Infections with this bacteria had been seen in animals and humans in China and Europe, but have been discovered in the US as well. Fortunately in those cases, the infections responded to other antibiotics, but the bacteria’s resistance to Colistin is significant.

Why? Without getting too technical, the genetic change that makes this bacteria resistant to Colistin can be spread to other strains of bacteria. That includes strains that are already resistant to all other antibiotics. That would create bacteria that are totally untreatable with any drug we currently have available.

With superbugs like these, routine medical procedures such as C-sections, hip replacements and chemotherapy become extremely high risk. Without effective antibiotics to treat them, minor infections could become life-threatening crises. Little, if anything, could be done to treat common conditions such as gonorrhea and pneumonia.

What can be done? At the UN meeting in September, World Health Organization director general Margaret Chan stressed that it is imperative for consumers and medical providers to rely less on antibiotics for disease treatment. She also appealed for more progress in antibiotic development. After all, only two new classes of antibiotics have reached the market in the past half-century.

As they brought the meeting to a close, the UN delegates signed a declaration committing to encouraging innovation in antibiotic development and increasing public awareness of the growing threat of drug-resistant infections. They also agreed to develop surveillance and regulatory systems on the sales and use of antimicrobial medicines for humans and animals.

Facing a new kind of drug problem, the world is poised to take on the challenge.