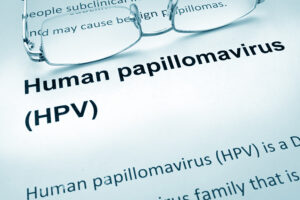 Human papilloma virus, or HPV, is a bad dude, and actually quite common. According to the US Centers for Disease Control and Prevention (CDC), there are about 79 million Americans currently infected with HPV. That adds up to about four in ten American adults currently infected, and about 14 million new infections occurring each year.

In the sexually transmitted HPV group are viruses that cause warts on the skin on or near the genitals of the infected person. These are low risk for causing more serious disorders such as cancer. Other types of HPV viruses are high risk for leading to cancer.

In most cases, the immune system can battle the viruses and flush them from the body without causing any problems. These viruses occur without symptoms and go away within one to two years. However, some can hang on for many years, and if it’s a high-risk virus, it could progress to cancer.

The low-risk types of HPV can cause the genital warts, which often appear as a small bump or group of bumps that your doctor can diagnose on sight. The high-risk types of HPV can lead to cancer in areas such as the cervix, vulva, vagina, penis, anus and back of the throat. Routine screening is needed to detect these cancers in their early, most treatable stages.

Fortunately, there is a vaccine against HPV, and it’s making a difference. Since it’s introduction in 2006, there has been a significant reduction of genital HPV in teenage girls and young women. In the first group, HPV infection has dropped 60 percent, and in the second group, it dropped 34 percent. This has decreased the risk of cervical cancer considerably.

The target for the HPV vaccine is young girls and boys. The current recommendation is for all children aged 11 or 12 to receive the two-dose vaccine. The idea is to give the vaccine before these children become sexually active and more likely to be infected by and spread the virus.

Many primary care doctors don’t include the HPV vaccine as part of a child’s regular vaccination schedule, so many American children don’t get it. According to Electra Paskett, a cancer control researcher at The Ohio State University Comprehensive Cancer Center, “The vaccine has the potential to prevent 30,000 cases of cancer each year and is woefully underused.”

There are other steps you can take to help protect yourself against HPV infection. They include using condoms correctly every time you have sex and getting your routine cancer screenings as recommended by your doctor.