Are you tempted to use one of those at-home DNA kits like 23andMe, Ancestry DNA and Family Tree DNA to find out more about your ancestry? Before you buy, learn a little more about what they can do and what they can’t. 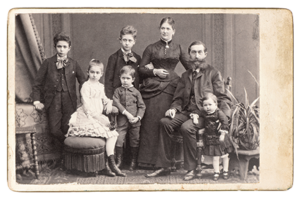 When you get one of these kits, you’ll be instructed to either use a sterile swab to gently scrape the inside of your cheek or spit a prepared solution after swishing it thoroughly in your mouth. These are both decent methods for collecting cells for DNA testing.

After your sample is collected, you send it back to the company, who’ll either mail your results to you or post them on a secure, password-protected website. It generally takes a few weeks to get the results.

Most of us have seen shows like CSI on which they gather and analyze DNA evidence. They always claim their results are something like 99.9 percent accurate and reliable. Don’t think you’ll get that kind of accuracy from an at-home, spit or swab test. These kits can tell you a lot about your background, but you still have to fill in the blanks.

For example, an at-home DNA test can tell you which regions of the world have people who share your DNA imprint, but not necessarily the country and not a specific city or town. That’s because most of our ancestors and their children for generations didn’t stay in the same geographic area.

Instead, most people moved around, spreading their DNA imprints in other areas. This makes it difficult for researchers to distinguish one area’s genetic population from another, limiting degree of specificity on testing.

With the at-home DNA tests, companies compare the individual’s DNA to a reference database of DNA samples from people living in various regions today. Their DNA is actually different from that of the people who lived in those regions years ago, including your ancestors. Also, just because you share DNA with the people living in those areas now doesn’t necessarily mean your genetic genealogy is exactly the same.

During a recent investigation by Inside Edition, identical triplets were used to test the accuracy of at-home DNA kits. The results for one set of triplets revealed a discrepancy as far as countries of origin. The trio shares the same DNA, but the tests showed different percentages for each from a certain region. Program producers did some follow-up with the companies to get answers.

Family Tree DNA said they have since improved the algorithm they use to determine results and have already begun to implement the updated method. 23and Me explained that their results are based on a sliding confidence scale, ranging from 50 percent to 90 percent. The higher the confidence level chosen, the less specific the results can be as to the region or country of the individual’s ancestry. One interesting test used triplets to illustrate how well the kits worked.

Do you really want to know your full story? That’s where traditional genealogy research comes in. By mixing the modern science of DNA with old-fashioned searching methods, you can make a lot of progress in learning about your ancestors and discovering the amazing story of you.