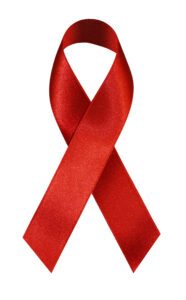 Anyone who remembers the emergence of AIDS in the early 1980s might be astonished at how much has changed in 35 years.

In the beginning, doctors didn’t know much about a strange disease that seemed to affect gay men. One of the first alerts appeared to be an outbreak of a rare cancer. Scientists eventually discovered the virus called HIV, the cause of AIDS, and how AIDS attacks the immune system.

At one time, an HIV infection was a virtual death sentence. There were no effective treatments to stop progression to full-blown AIDS. A timeline of the epidemic shows that by 1992, AIDS was the leading cause of death for men ages 25-44 in the US.

Today, it’s a much different story.

A new British medical study shows that a young adult with HIV in North America and Europe, who is being treated with antiretroviral drugs, can expect to live a near-normal lifespan.

Antiretroviral drugs to fight HIV were introduced in mid-1990s. They were game-changing at the time, and have since improved. Today’s versions work better, are less toxic and require fewer pills. The improvements in care are why people with HIV are living longer, according to researchers.

So where are we now? US health guidelines recommend routine HIV screening tests for teens and adults between 13 and 64. Even if you aren’t in a high-risk category, the Centers for Disease Control and Prevention says that you should get an HIV test at least once to know your status.

And, of course, people who fall into higher risk categories should be tested more often. Sexually active gay and bisexual men might consider testing every three to six months, in fact, says the CDC. Heterosexuals with multiple sex partners also should seek routine HIV screening. (The CDC offers an online HIV risk reduction tool that can be customized for information specific to gender, sexual orientation and more).

Remarkably, a large percentage of people with HIV don’t know they have the virus. In 2015, the CDC estimated that one in eight Americans with HIV were unaware they had it. They accounted for about one-third of HIV transmissions in the US.

In the US, Southern states have become the epicenter of HIV and AIDS. By 2014, they accounted for 50 percent of new HIV cases in the entire country. According to news reports, poor rural areas and ethnic minorities have been disproportionately affected. These are places with fewer resources to treat HIV and where many with the virus don’t know they have it.

Yet, if all people with HIV infections were diagnosed and treated promptly, 90 percent of new cases could be prevented, according to the CDC.

Tremendous strides against HIV and AIDS have been made since those first reports of a strange sickness appeared in the early 1980s. Hopefully, the progress can continue until HIV is controlled – or gone entirely – in the US and around the world.