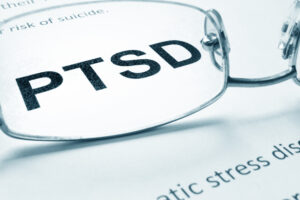 Post Traumatic Stress Disorder (PTSD) can often be accompanied by a high level of misunderstanding of the condition. In fact, several myths appear to contribute to the stigma that surrounds those with PTSD.

PTSD is an anxiety disorder. It develops in response to traumatic or life-threatening experiences such as active duty combat, sexual assault, car accidents, natural disasters and even bullying in school or the workplace.

Emotional symptoms include anxiety, anger, depression, irritability and sadness. Physical symptoms of PTSD can include increased fatigue, headaches, trouble digesting food and high or low blood pressure. The risks for developing PTSD vary depending upon the trauma experienced.

I write this post with the hope of educating others on how to recognize the symptoms, how to help someone who has it and most importantly to create an understanding that PTSD does not define the person.

The myths surrounding PTSD create further misunderstanding of the disorder and those who suffer from it. Some of those myths include:

Please speak with your medical professional if you or someone you love is experiencing the symptoms of PTSD and may need help coping. There are also resources available to help with PTSD.