It’s funny how things happen sometimes. When Alexander Fleming woke up the morning of September 28, 1928, he had no idea he would discover the first commercially available antibiotic – penicillin. After the antibiotic was isolated and purified, it came into wide use during World War II. 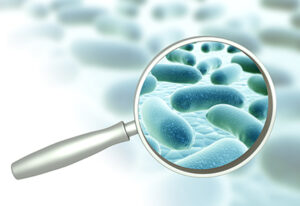 When accepting the Nobel Prize for his discovery in 1945, Fleming warned of bacteria becoming resistant to penicillin. More than 70 years later, his warning message has become a reality – in spades.

When it was introduced, penicillin was considered a “miracle drug” because it saved lives from previously deadly infections. Since its discovery, additional antibiotics have been developed that fight off increasingly stubborn and hard-to-treat strains of bacteria.

Unfortunately, the overuse and improper use of these life-saving medications over time have created a serious problem across the globe. Some of the worst bacteria have developed resistance to the available drugs, creating a race of “superbugs.”

These superbugs lead to significant health complications. According to the US Department of Health and Human Services, more than two million illnesses and 23,000 deaths each year in the United States are related to antibiotic resistance. The World Health Organization (WHO) reports deadly drug-resistant superbugs also kill 25,000 Europeans each year.

Everyone is at risk for infection by a superbug, but there are some people who are more susceptible. These include patients, especially older patients, in hospitals and nursing homes, and people with compromised immune systems, such as transplant recipients and those receiving chemotherapy.

Superbugs were bound to develop, considering the extensive antibiotics prescribed in health care. Unfortunately, in up to 50 percent of those cases, the drugs were not optimally prescribed, often used when not appropriate or in the wrong dosage or for the wrong length of time.

Also, antibiotics are often given to animals like pigs and cows to promote their growth. Traces of these drugs can remain on the animals after they are butchered and find their way into humans through their food, further exposing them to non-essential antibiotics.

People are getting all these antibiotics, but they also get exposed to a lot of bacteria, including strains that are already drug-resistant – the superbugs. These can be spread various ways, including from person-to-person and by contact with contaminated sources in the environment.

How does resistance develop? People typically have a lot of bacteria in their bodies. When they are given antibiotics, the drugs kill off any germs, but also kill the good bacteria in their systems. Any bacteria resisting the drugs are now able to thrive. What complicates things is some resistant bacteria can spread their resistance to other strains by sharing small pieces of DNA. As a result, superbug growth explodes.

Health care professionals are now aware of the superbug crisis, and most have become more prudent about prescribing antibiotics to their patients. There are a few steps you can take as well to protect yourself from exposure to these harmful bacteria. They’re essentially common sense, healthy habits, but they still deserve mentioning.

Also, don’t be afraid to be your own advocate. If you get sick, there’s nothing wrong with asking your doctor if an antibiotic is the most appropriate treatment for you.. It may not be bacteria causing your illness, but rather a virus or fungus. In these cases, antibiotics wont help you. And antibiotics you really don’t need can hurt you later on.