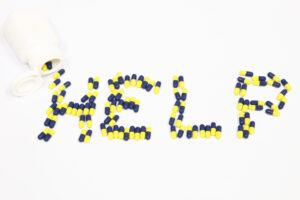 June is National Safety Month, and in 2016, the organizers decided to focus on four areas: medication safety and prescription painkiller abuse; driving, biking and working safely; first aid and emergency preparedness; and preventing slips, trips and falls. These are all important, but right now, I’d like to concentration on the problem with painkillers.

It’s more than a “problem” actually. Everything I read refers to the issue of prescription painkiller abuse as an American epidemic. The American Society of Addiction Medicine (ASAM) reported on the 21.5 million Americans age 12 or older who had a substance use disorder in 2014, the latest year of available statistics. Of those, 1.9 million had a disorder involving prescription pain relievers.

ASAM tells us further that addiction to prescription painkillers – specifically opioids such as oxycodone, hydrocodone, codeine and morphine – caused 18,893 overdose deaths in 2014. Heroin, which is also an opioid, led to an additional 10,574 overdose deaths. Research has shown that four out of five new heroin users started by misusing prescription painkillers, and four percent to six percent of painkiller abusers transition to using heroin.

According to the US Centers for Disease Control and Prevention (CDC), men are more likely to die of an overdose of prescription painkillers, but the problem is increasing significantly in women. Deaths in women have increased 400 percent since 1999 compared with 265 percent in men. Approximately 18 women die every day from an overdose; and for every one of them, 30 more seek emergency room treatment for abuse or misuse of painkillers.

The CDC points out an interesting fact. Since 1999, the amount of prescription opioids sold in this country nearly quadrupled. However, there has not been a corresponding increase in the amount of pain reported.4 The National Safety Council (NSC) tells us that 70 percent of people who have abused prescription painkillers got them from a friend or relative. The NSC also notes that sharing opioids is a felony. I didn’t know that.

Dr. Sanjay Gupta, chief medical correspondent for CNN, reports on CNN.com that the prescription painkiller epidemic is a uniquely American problem. He writes that, “As of 2011, 75 percent of the world’s opioid prescription drugs are prescribed and swallowed up in a country that makes up less than five percent of the world’s population, leading to the most common cause of preventable death in America today.”

Even now, the CDC and other groups are trying to establish standards for the prescribing of opioids and for providing increased follow-up of patients taking these medications to prevent overuse and abuse. Some physicians view the standards as interfering with their medical practice and with making the most appropriate decisions regarding their patients. I can understand that; I don’t like a lot of rules and regulations interfering with my decisions, either, but can’t we find a common ground on this issue for everyone’s benefit?