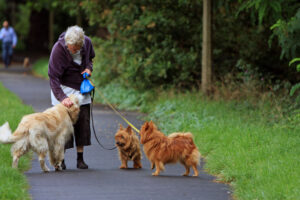 I was browsing through the greeting card aisle at a local store the other day and noticed a new category for milestone birthdays. Happy 100th! My first thought was that the greeting card industry is catching up with population trends.

Population experts say that centenarians are among the fastest-growing age groups in the United States. They’re still a tiny percentage in a population of 321 million but look at these figures from the White House Conference on Aging: In 1980, just over 32,000 Americans were 100 or older. By 2013, the number of people past the century mark had more than doubled to 67,347.

Just this year, parents of three friends of mine surpassed age 100. One mother celebrated her 101st, another mom turned 102, and a father is now 101. I don’t think this is so unusual. I’m continually hearing about someone who has lived for a century or more.

So what’s going on here? It’s a question that is attracting a lot of attention from researchers in the United States and other parts of the world where the number of 100-year-olds is growing, such as in Europe.

One of the longest running projects is The New England Centenarian Study that started at Boston University in 1995. The study has some good news for my friends with centenarian parents. A strong genetic component seems to help for joining the 100th birthday club. At least 50 percent of the centenarians in the New England study had a parent or grandparent who reached very old age.

There is also a theory that centenarians may simply age more slowly than the rest of us. For instance, many of the women centenarians were able to have children after their mid-30s. Researchers speculate that being able to naturally conceive and bear a child past 35 or 40 could be an indicator the women’s bodies were aging slowly.

So maybe your parents or grandparents didn’t live to be 100 or come very close. The researchers at the New England Centenarian study point out that genetics aren’t everything for living a long and healthy life. They say the average American can still live into his or her late 80s through good lifestyle habits. In other words, eat right and exercise, especially if your family history includes diseases like diabetes.

Or are you a future centenarian who will be getting a 100th birthday card? Assess your odds with The Living to 100 Life Expectancy Calculator. The calculator is on the New England Centenarian Study website and gives recommendations for improving your lifestyle, too.