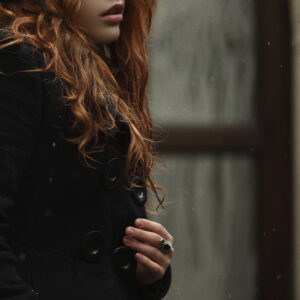 It was just a typical visit to the dentist. An old filling had cracked and needed to be replaced. No biggie, right?

Well, five shots of Novocain later, I’m thinking it’s kind of a biggie. Not the actual repair, but rather the fact that apparently my body thinks its immune to Novocain, a wonder drug that allows modern man to have dental work done without an ounce of pain (minus the shot to get it in there, of course).

I’m typically pretty relaxed when it comes to dental work – I pop in the headphones, turn on the iPod and lay back. But when my dentist sat down to make sure I was numb a few minutes after my first shot – forget about it. I could feel it all and almost jumped out of the chair.

She gave me two more shots in the fleshy part of my cheek, and I waited another few minutes, rocking out and relaxing. It was getting numb, but not like it should have.

“The left side of your tongue should feel numb by now,” she says.

Wrong. Not even close, doc.

She proceeds to give me two more shots (that’s five, for those of you who weren’t counting), directly into the gum surrounding the tooth.

Finally, it takes. She quickly gets to work and finishes the procedure before it starts to wear off.

Later, a colleague mentioned to me that redheaded people have a predilection for being especially resistant to anesthesia. Say what?

“Some anesthesiologists share an anecdotal impression that patients with natural red hair require more anesthesia than patients with other hair colors,” according to the National Institutes of Health.

Testing proved that gingers, nearly all of whom have a “distinct mutation of the melanocortin-1 receptor gene,” did indeed need more anesthesia – 19 percent more, exactly.

Now I’m not what you’d call a ginger. (Truthfully, I’m now more like a silver.) However, my dad has red hair, and my brother’s hair was basically orange when he was a kid. So clearly, I’m carrying that ginger gene.

Does this mean I have a higher pain threshold, too? I’ve had a few small fillings done without anesthesia, and once I cut my finger pretty deep and had several stitches put in by a Special Forces medic in his office without benefit of pain relief. He said I was tougher than a lot of some of the super commandos he had taken care of. I even gave birth once without benefit of pain relief (not by choice, believe you me), but that sure didn’t feel like I had a high pain threshold.

I’ve never been under general anesthesia, so learning this fact about my DNA makes me a little leery. What if I’m one of those people who can’t move or speak but can feel everything during an operation? That would be just my luck.

Redheads (or ginger gene carriers, like me) who’ve had problems with needing extra anesthesia, or having anesthesia wear off quickly – tell me your story. Nurses, doctors, dentists – what have you seen in your practice? Does this redheaded anesthesia syndrome hold water? Or is it just an urban myth?

I’m not sure what it is exactly, but I know I’ll be asking for lots of Novocain the next time I need dental work.