Childhood Cancer Awareness Month is observed every September by cancer organizations around the globe. According to the American Cancer Society, just over 11,000 children under the age of 15 will be diagnosed with cancer in 2020, and about 1,190 children are expected to die from it. After accidents, cancer is the second leading cause of death in children ages 1 to 14. 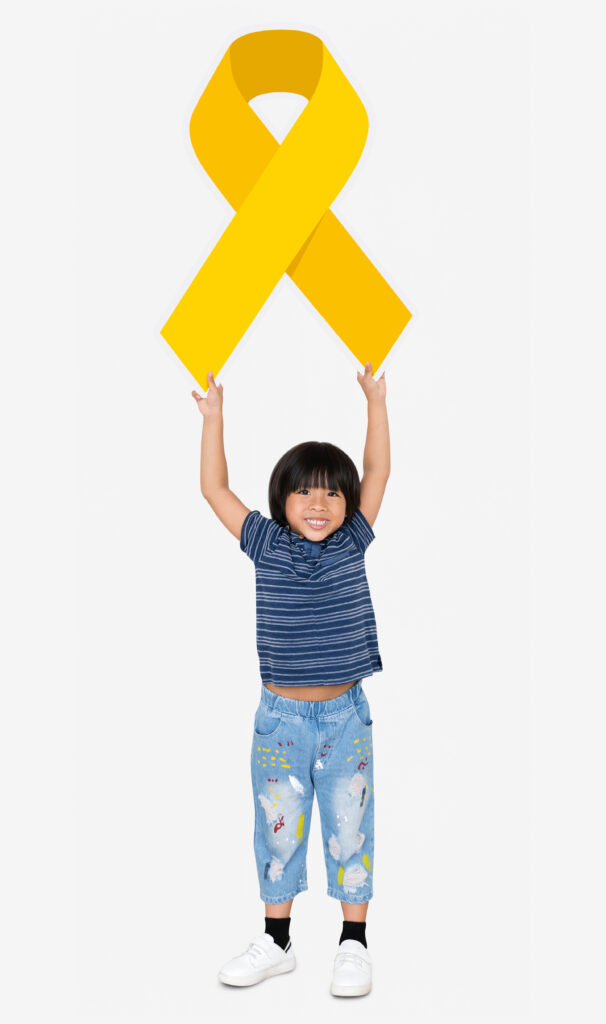 The most common cancers in children are not the same as the cancers seen most often in adults. When adults get cancer, it often begins in the lungs, breast, colon, prostate or skin. But in children, cancer tends to affect their white blood cells, nervous system, brain, bones, lymphatic system, muscles or kidneys.

How cancer spreads, as well as how it’s treated is typically different for children than adults as well. That’s mostly due to children’s unique responses to treatment. Another difference between childhood cancers and adult cancers is that the recovery rate is higher in children. Most children with cancer can be cured.

Thanks to advances in diagnosis and treatment over the years, 84 percent of children that are diagnosed with cancer now survive five years or longer. In the 1970s, that figure stood at 58 percent, so we’ve come a long way.

Acute lymphoblastic leukemia (ALL) is the most common childhood cancer, accounting for approximately 34 percent of all cancers in children. Leukemia is a cancer that begins in the bone marrow and spreads to the blood. From there, it can travel to other parts of the body. Three out of four leukemia cases are ALL.

Lymphoma is a less common childhood cancer that affects special cells called lymphocytes that are part of the body’s immune system. Lymphomas target the lymphatic system, the network of vessels, organs and tissues that carry clear fluid called lymph, which contains disease-fighting white blood cells, through the body.

There are two main types of lymphoma: Hodgkin lymphoma, also called Hodgkin disease, and non-Hodgkin lymphoma. Hodgkin lymphoma is a cancer of the lymph nodes. It can start almost anywhere in the body and then spread to just about any organ or tissue. These often include the liver, bone marrow and spleen. 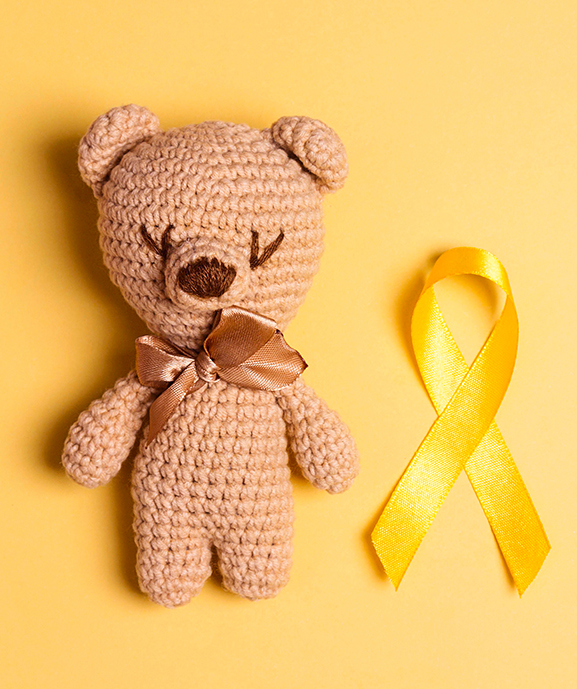 Non-Hodgkin lymphoma affects the T and B lymphocytes, which are the immune system’s natural killer cells. These cells are produced in the bone marrow then travel to the body’s lymph glands, and to the thymus gland, intestinal tract, tonsils and spleen. Non-Hodgkin lymphoma can start in any of those areas.

Certain cancers in adults and children are hereditary. But in adults, many other factors can contribute to the development of cancer. These include lifestyle and environment influences such as exposure to cigarette smoke, asbestos and ultraviolet radiation from the sun.

But in children, cancer is most often the result of DNA mutations that occur very early in the child’s life or while the child is still developing in the womb. As such, lifestyle and environmental factors play only a minor role in the development of childhood cancers. 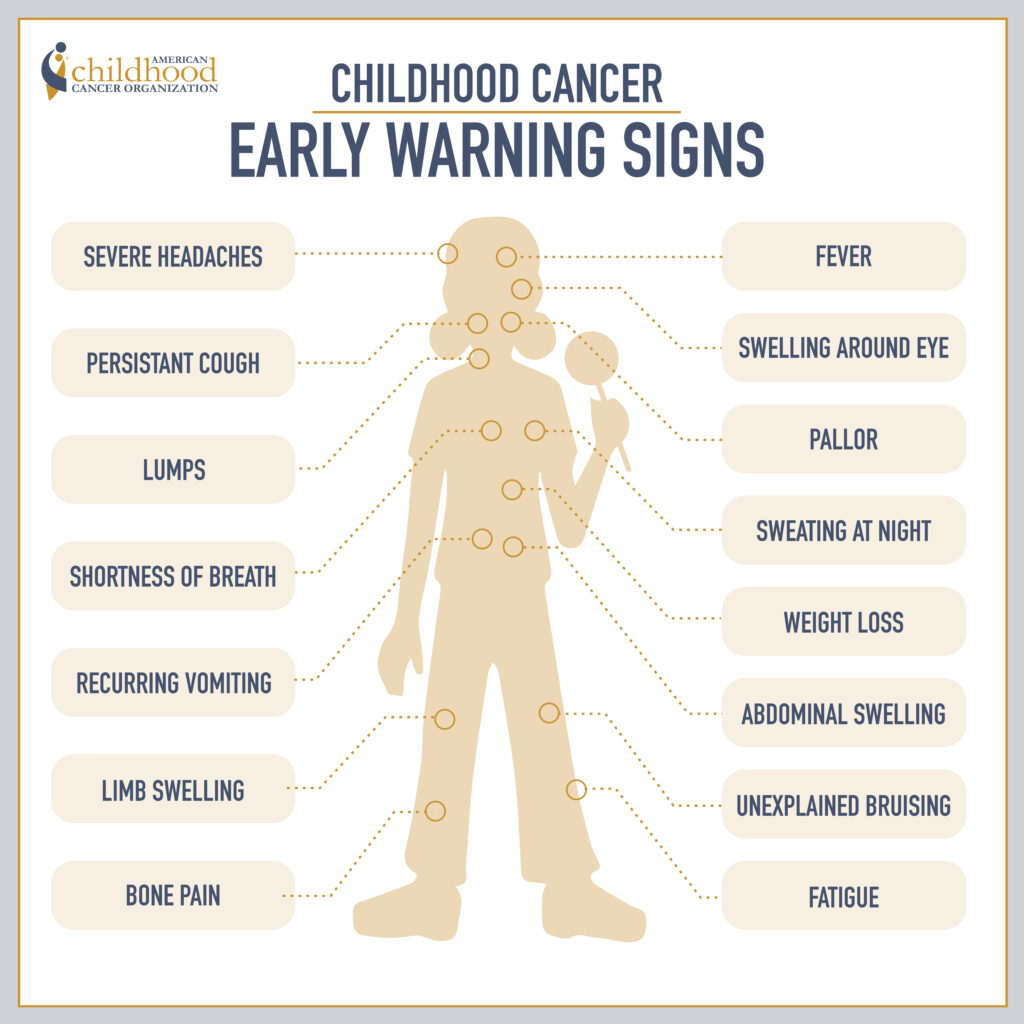 If your child displays any of these signs and symptoms, take him or her to a physician for an evaluation. Early detection helps ensure a positive outcome from childhood cancer.